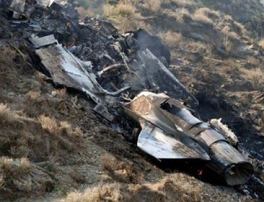 Editor-in-Chief of indiacommentary.com. Current Affairs analyst and political commentator. View all posts by this Author
Pakistan has taken the face-saving route to show that it has the right to enter Indian air space if India targets terrorist camps inside Pakistan. It has sent F-16 fighter jets on sorties inside Indian territory. One jet was shot down by the IAF. The pilot was seen ejecting via parachute.

If this does not become a daily habit with both the air forces, it seems to be the best way to deescalate the tensions. India ventured deep inside Pakistan to destroy terror bases from where the ISI was training and sending terrorists and suicide bombers to India. India said that it reserved the right to do so if the neighbouring country sheltered the terrorists and took no notice of proofs submitted by India. Pakistan in return has tried to demonstrate its own right of retaliation.

But one feels that things are moving in the wrong direction. Both countries have closed down several airports to civilian flights. While India has closed Srinagar, Jammu, Chandigarh, Amritsar and Leh, Pakistan has shut down all its airports and even closed its airspace to all civilian flights.

But does Pakistan really have the option of military retaliation? The answer is a big, bold no. It would have been emboldened to try something fancy if China had supported it in any way or even condemned the Indian strikes. But when China took a neutral stance, at least for the present, Pakistans bravado got deflated. Further, this morning, the US Secretary of State, Mike Pompeo, spoke to foreign ministers of both countries and impressed upon them the need to maintain peace. Specifically, he asked the Pakistanis to forget military response and crack down on terror groups instead.

It seems that most countries in the world have finally taken notice that Pakistan is the centre of terrorism in the world. They also seem to have come around to the view that since the Pakistani government is taking no action against these groups that target India, India is within its right to destroy terror camps inside Pakistan, if such strikes do not harm civilians or target military installations. It remains to be seen how the world views the latest Pakistani incursions.