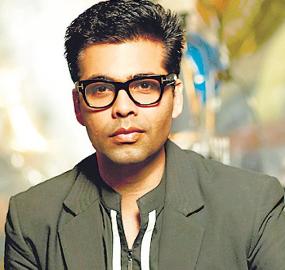 Patriotism or Commerce, Karan Johar Has a Point

Patriotism or Commerce, Karan Johar Has a Point

Editor-in-Chief of indiacommentary.com. Current Affairs analyst and political commentator. Writes for a number of publications. View all posts by this Author
When the question is about supporting the nations armed forces, bravado does not pay. Especially when one has crores riding on a film whose release might be hampered. The Karan Johar who was seen making the politically incorrect (under the present strained circumstances) Left-wing noises on Barkha Dutts show a couple of weeks ago got to learn this the hard way. His current outpouring of patriotism and concern for Indian technicians who sweated for his film is driven by the fear of the losses he might suffer if Ae Dil Hai Mushkil (ADHM) does not get a released properly. If the Cinema Operators & Exhibitors Association of India (COEAI) has its way, then the film might not get released in single screens. COEAI is more worried about the losses its members might suffer if films with Pakistani artistes are released in their theatres and rioting happens. Couple this with the MNS threat to multiplexes and Johars cup of woes was full.

But whatever be the reason for his change of heart within 15 days, Johars logic is correct. When he had started making the film, India was in an overdrive to normalize relations with Pakistan. PM Modi had even made an unscheduled stopover in Pakistan to wish its prime minister on his birthday. Hence, Johar cannot be faulted for casting Fawad Khan in the film. If circumstances have changed since then, it is not his fault. PM Modi cannot go back in time and erase his impulsive visit to Pakistan from his CV. Similarly, Johar cannot cut Fawad Khans scenes from his film. Allowance should be made for this and all concerned should let existing films and albums of Pakistani artistes to be released peacefully. After all, ADHM is not about Fawad Khan. It is primarily about Ranbir Kapoor, Aishwarya Rai and Anuskha Sharma. And of course, Karan Johar. India deserves to see how Johar has filmed the heartbreaks, heartaches and patchups in his ode to love.

We have always been told that people to people contact and trade is a surefire way of easing hostilities between nations. But that ideal situation can exist only if nations are ideal. India conducts huge trade with China and it is largely a one-way street, with the Chinese benefiting. Yet, when it comes to supporting India, China is the last country India can bank upon. In fact when some Indians started a campaign to boycott Chinese goods, China said that it would be treated as a hostile act. Geopolitics and military strategy transcends trade and good relations between people, especially when the other nations have totalitarian or military-controlled regimes. Hence, when Karan Johar first said that boycotting Pakistani artistes will not stop terrorism, this correspondent had asked whether giving work to them has stopped it. If the Pakistani regime does not understand our goodwill gestures, it is futile to make them. If our soldiers feel bad and if it hurts their morale to see Pakistani actors romancing our heroines when they are facing bullets from the soldiers of the same country, it is better to boycott such actors in support of our brave soldiers. Anything else does not matter.