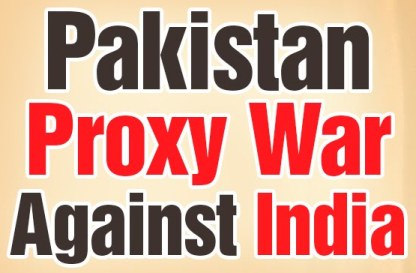 Peace is a Pipe-Dream With Intransigeant Pakistan

Peace is a Pipe-Dream With Intransigeant Pakistan

Editor-in-Chief of indiacommentary.com. Current Affairs analyst and political commentator. Writes for a number of publications. View all posts by this Author
Pakistan denies JeM or Masood involvement in Pathankot attack
Even as David Headley has been exposing the network of terror directed at India in Pakistan, the neighbouring country has categorically said that it finds no evidence of the involvement of either Jaish E Mohammed or Masood Azhar in the recent attack on the Pathankot airbase. Headley has said that he was handled by Hafiz Saeed and the ISI was directly involved in training of recruits and planning of terror strikes on India. He has also confirmed that the Mumbai strike was meticulously planned and executed by people in Pakistan. But Pakistan is going to deny all this.

Rubbishing evidence means Pakistan is not serious
While postponing the Foreign Secretary level talks in January, the government of India had said that it will wait and watch to see what Pakistan does with the evidence it had supplied on the Pathankot attacks. While many in India were skeptical of Pakistanâs intentions, others, including Home Minister Rajnath Singh had then said that we should not doubt them. But with its outright rejection of JeM involvement, Pakistan has shown that it is not serious in stopping terror attacks on India, finding out who is behind them, punishing those found guilty and engaging in talks.

Denials will not work in the face of evidence
Pakistan has allowed an elaborate network of terror to develop on its soil just to conduct a proxy war on India. It hides behind the excuse of ânon-state actorsâ whenever presented with evidence. It denies that these people enter India from Pakistani soil. It denies the existence of terror camps on its territories. It denies that any of its agencies give material, training or logistics support to these terrorists. It denies all this despite evidence pointing to the contrary. Yet, it wants India to talk peace with it.

Who decides India policy in Pakistan?
Even if India decides to return to the negotiation table, which under the present circumstances it will not, there is no guarantee that whatever is discussed or agreed to will be implemented. The problem with Pakistan is that when it comes to India, it is not the democratically elected government of that country that is the sole decision maker. There is the Pakistani army that is deeply interested in the developments. One feels that even the bigger terror groups are involved. There is nothing to be surprised for if Pakistan can openly insist on talking to Kashmiri separatists before talking to India, it can covertly consult terror groups within Pakistan before deciding on any policy regarding India.

Peace, or even talking about it, is a pipe-dream
Pakistan had given birth to monsters in the form of terror groups targeting India. These groups have now become uncontrollable. They, or their masters in the ISI and the Pakistani army, will not allow the two countries to engage in any meaningful dialogue for peace. If Pakistan has any pretensions of having peace between the two countries, it will first have to dismantle the terror network and ensure there are no further terror attacks on India from terrorists based on its soil. But it can never agree to that. For if it does, it will expose Pakistan for what it had been all these years â a haven for terrorists. Hence, any talk of peace under the present circumstances is a pipe-dream.