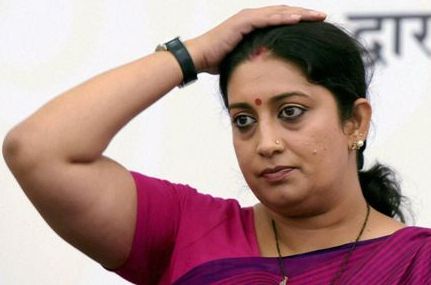 Editor-in-Chief of indiacommentary.com. Current Affairs analyst and political commentator. Writes for a number of publications. View all posts by this Author
The Prime Minister has chosen to end the troubled and controversial tenure of Smiriti Irani at the ministry of Human Resource Development. This one reshuffle is going to be most talked about. While critics will say she has been demoted and punished for being too aggressive and not helping to tone down controversies like the Rohith Vemula suicide and its fallout, sympathizers will point out that she has been given a relatively low profile Textiles ministry to keep her free for a larger and more important role in the ensuing UP elections as she had taken on Rahul Gandhi from Rae Bareli in the Lok Sabha elections.

But one feels that the shift is a combination of both the factors. The HRD ministry and whoever occupies the chair there is always going to be the target of the Left intellectual brigade and their sympathizers as they know that the multitudes they have managed to get posted in various committees and learning centres to doctrine the youth will be in danger from a right wing government. They will try their best to create controversies in order not to let the minister do his or her job with any degree of efficiency. It was the same with Dr Murli Manohar Joshi when he was HRD minister in Vajpayeeâs government. To this brigade, the Left decided view is the secular view and any other view is imposition by the Hindu majority. Hence, the initial choice of the lightweight Irani for this job was perhaps wrong. She escalated matters by not learning to avoid needless controversies. With the focus now on dalits and OBCs ahead of the UP polls, something had to give to repair the damage done by Vemulaâs suicide and it was the shifting of Irani.

On the other hand, to win in UP, the party needs someone young, energetic and a powerful orator to be its face. No one can deny Irani is all three. But will she not be considered an outsider? Fighting an MP election and fighting for being CM are two different things. Further, in a state torn apart by caste loyalties and voting patterns, one thinks Irani does not fit the bill. Her choice as the face of the party in UP will be as wrong as that of Kiran Bedi was in Delhi.