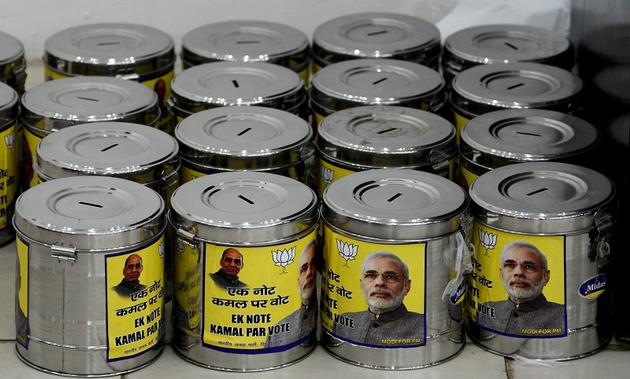 By our team of in-house writers. View all posts by this Author
People are talking about, now longer in whispers but almost vehemently, about the special privilege accorded to political parties to accept donations in cash from very much any Ram, Shyam or Hari. They say that this has allowed these parties to exhort money from people when in power or do so in the name of protection in their areas of influence or on the pretext of holding any political function. Since these parties just need to give a name and enter this money in small chunks of less than Rs 20000 in their books, those in power also boost party funds by depositing part of kickback money through this route. People are increasingly saying that since political parties now resemble business entities as each has a dream to sell, there should be similar checks on them.

People are saying that if Modi wants a corruption-free India, he has to strike at the fountainhead of corruption  namely, the funds of political parties. There has always been a grey area regarding the source of these funds. People say funding from unknown sources is destroying Indian democracy. People want the government to make it mandatory for parties to accept anything above Rs 100 through banking channels. They point out that the Election Commission recently said that out of 1900 registered political parties in India, nearly 400 have never fought elections. These are conduits for converting black money. People want a surgical strike on political funding.

There is growing resentment among the people for the special privileges bestowed on these parties. People want each and every paise claimed as donations by these parties to be properly accounted for, with address and PAN number of the donor. People are also talking about the fact that politicians like Rahul Gandhi keep harping upon the fact that the 1% rich are benefiting from demonetization without specifying who make up the 1%. People say that more than half of this 1% is made up of politicians. People are angry that those they saw five years ago as gangly young men or women canvassing for votes now sport potbellies, wear designer clothes and move about in fancy cars while facilities for the common man have not improved. People want these politicians accountable and feel that reform of political funding and removal of special privileges granted to parties will ensure a corruption-free India. Is Narendra Modi listening?