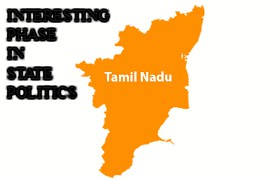 View all posts by this Author
Politics in Tamil Nadu has entered an interesting phase post the demise of DMK titan M Karunanidhi. MK Stalin, heir apparent and the automatic choice to succeed the patriarch as party supremo, is facing a challenge from his expelled brother MK Alagiri. But that is the least of his problems. The party has not been faring well at the hustings. It seems that despite internal squabbles in the AIADMK and the vacuum left by Jayalalithas death, the DMK has not been able to capitalize on the situation. It had faced the ignominy of being the first party not to unseat a sitting government in the 2016 assembly elections (Tamil Nadu had a record of not voting an incumbent government back to power since 1984) when it failed to dislodge the AIADMK. Then again, it was embarrassing for the party to be pushed to the third position in the RK Nagar bypoll. All this has meant that despite his ascension, Stalin is not seen as a winner or someone who can transform the party.

Couple this with two giants of cinema who have entered politics recently. Both Rajnikanth and Kamal Hassan have followed the best traditions of Tamil politics which has seen people from the film industry make it big in politics in the state. Although these are baby years for the two stars, they have the potential of building party infrastructure based on their fan clubs and immense following. That is most likely going to marginalize the DMK as it is now the party that is on the back foot. Waiting on the sidelines is TTV Dhinakaran who has laid claim to the political legacy of Jayalalitha and proved to be a winner in the RK Nagar bypoll by pushing the established players to the wall. Then there are the usual bit players in the two national parties, the Congress and the BJP who are aligned with the DMK and the AIADMK respectively and the various small parties who will grab a slice of the cake. All this ensures that a lot of drama will unfold in the 2021 assembly elections, and the 2019 general elections before that.