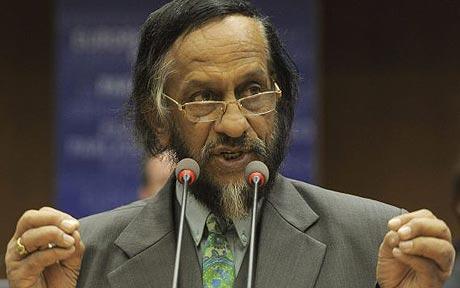 Editor-in-Chief of indiacommentary.com. Current Affairs analyst and political commentator. Writes for a number of publications. View all posts by this Author
Has R K Pachauri been appointed Executive Vice-President at TERI or is he the Executive President for Vice?

It is shameful that a person who is enmeshed in charges of sexual harassment of co-workers and has a court case pending for the same is elevated to a post which has been specially created for him. Apart from the case filed by a woman co-worker, another woman has made public the fact that Pachauri used make advances at her. She had reported the fact to the police in February 2015 but they did not take any action. She was compelled to make the charges public as she felt his current appointment was unjust and revolting.

Despite all this if Pachauri is still in favour it just shows the immense clout the man wields as also the insensitivity of those handling appointments at TERI. It is clear that as long as Pachauri remains connected with TERI in any official capacity, the allegations against him have little chance of being proved as he will use his clout to destroy evidence, silence witnesses and influence the authorities to speak in his favour. In other words, it will be the women who charge him who will be discredited and called names in a grave miscarriage of justice.

Hence, it is imperative that Pachauri is kept as far away from TERI as possible. It is good that the man has gone on leave till matters settle down. Now, his appointment must immediately be cancelled. The law must be allowed to take its own course. Let the court decide if Pachauri is guilty of sexual harassment. If he is found guilty, he will suffer the consequences. If not, TERI can reinstate him. Pachauri obviously has a brilliant mind (with a joint Nobel Peace Prize to show for it) distorted by an alleged devilish streak.