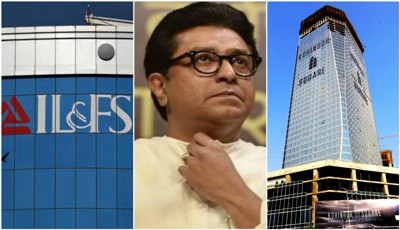 Raj Thackeray Is Not Above The Law

Raj Thackeray Is Not Above The Law

Whenever there is a discussion on law and legal system, people always use the age-old cliche to say "the law is same for everybody". But at least in India, they should either define "everybody" or add that it is so only theoretically. One says this because every time there is an investigation in a major financial or government scam and people who are arrested name any politician and if the investigating agencies issue a summon to him or her, the politician concerned, his party and his cronies start protesting, take out rallies and call bandhs. The summons issued to Raj Thackeray of Maharashtra Navanirman Sena (MNS) now and the response of the party to make its protest a show of strength in front of the ED office in Mumbai is just the latest in such drama. The TMC always protests when its leaders are called to explain their dealings in the chit-fund scams. There were widespread protests and violence when Lalu Yadav and Jayalalitha were convicted too.

Do these politicians mean to say that they are above the law? Or that if their name comes up during investigation in a scam, the investigating agency should ignore it? Or that there are laws in India which prevent such investigating agencies to issue summons to them? Calling such summons political vendetta or witch hunt every time will not do. This is not to say that investigating agencies are not used to harass political opponents. But that is sometimes, not always. If Raj Thackeray was an investor in Kohinoor CTNL in which IL&FS group had substantial investments and if Thackeray exited the company just after IL&FS booked a loss by selling its shares in Kohinoor, the scent of insider information being passed on to him is very strong. The ED is right to summon him to present his side of the story. Thackeray has nothing to fear if it was purely a business decision. But if he had helped IL&FS launder money in any way, he should now be prepared to bear the consequences. He should not, and should not be allowed to, use his political clout to hide his financial misdeeds.

The law is not the same for everybody in India. For politicians, for the well-connected person, for the ultra-rich and for the politically empowered class, rules are bent and investigations are often handled in a particular way to either let them off the hook or minimize the guilt. The first reaction of a common man or woman in India on hearing about some politicians name coming up in a scam is that "oh nothing will happen, for some days it will be front-page news but later everything will be brushed under the carpet". Why does the common man react this way? It is because seldom does one see convictions in such scams and even if there are convictions, they are of small fries. Except for Lalu Prasad and Jayalalitha, no current leader of any worthwhile standing has been convicted in the recent past. There is a strong perception on the ground that it is all a charade and politicians often keep up the appearance by starting cases when in power but actually, the "you scratch my back and I will scratch yours" principle is followed and no one is ever convicted as the cases drag on for years.

But the way politicians behave when they are summoned in any case is awful. They try to show that they are cleaner than the Ganga (although the holy river, too, is not clean anymore as it bears the collective misdeeds of those who swear by her name) when the people know that one cannot find an honest politician in the country. People know that some make money for themselves while others do it for the party. But it is also corruption to take money (or protection money, if you will, for most people pay out of fear) for the party by issuing veiled threats, which some politicians, who claim to be clean, do. In case of others like Raj Thackeray, the connection between his investments in the corporate world and his clout in Mumbai is too apparent. If he has used his political clout and connections to help any company or its promoters to do anything illegal, he should now answer the charges instead of creating a disturbance. He is not above the law.