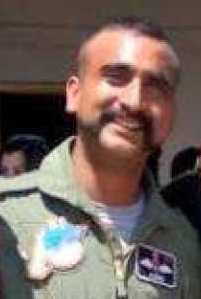 Releasing Abhinandan: Pakistan Had No Other Choice

Releasing Abhinandan: Pakistan Had No Other Choice

Editor-in-Chief of indiacommentary.com. Current Affairs analyst and political commentator. Writes for a number of publications. View all posts by this Author
It is good that saner counsel prevailed and Pakistan has agreed to release Wing Commander Abhinandan Varthaman, the IAF pilot who is in their custody as his parachute drifted to the other side of the LoC when his plane was brought down by the enemy. Although Imran Khan has made it out as if it is a gesture of peace, did he really have any other choice? If peace was indeed on his mind, then why was Abhinandan assaulted? More importantly, why were the vulgar videos released on social media?

No major nation condemned, or even criticized, Indias act of sending its air force planes deep inside Pakistan to destroy terrorist training camps and launch pads. This was largely a result of Indias description of the strike as a non-military, preemptive action. The world seems to have recognized Indias right to retaliate in this manner against the proxy war the neighbor is waging against it. Obviously, it counted that Indian fighter planes did not target military installations or civilian areas and completed the operation swiftly and precisely. No doubts were raised about Indian intentions.

The last straw perhaps came on Wednesday night when the Pakistani Foreign Minister Shah Mehmood Qureshi dialed Wang Yi, his Chinese counterpart  his second call in as many days  only to be bluntly told that China wanted that "Sovereignty should be respected. China doesn't want to see actions that violate the norms of international relations". The recent bravado and puffed-up chests in Pakistan were mainly due to support from China and when it was not forthcoming this time, Imran Khan decided to play safe and release Abhinandan.

However, this is not the time to gloat over the so-called victory in securing Abhinandans release. Instead, India should reflect on all the good things it has done in this crisis that has won the admiration of nations across the globe. India should also treat this gesture by Pakistan as simply an act that honours the Geneva Convention, to which both India and Pakistan are signatories. Global pressure might have forced Imran Khans hand this time, but there is absolutely no doubt that Pakistan is not going to change its stand on supporting terrorists and conducting a proxy war on India. Hence, India should keep up with the pressure to make the international community force Pakistan to act against the terror factories that exist on its soil, beginning with declaring Masood Azhar a designated terrorist.