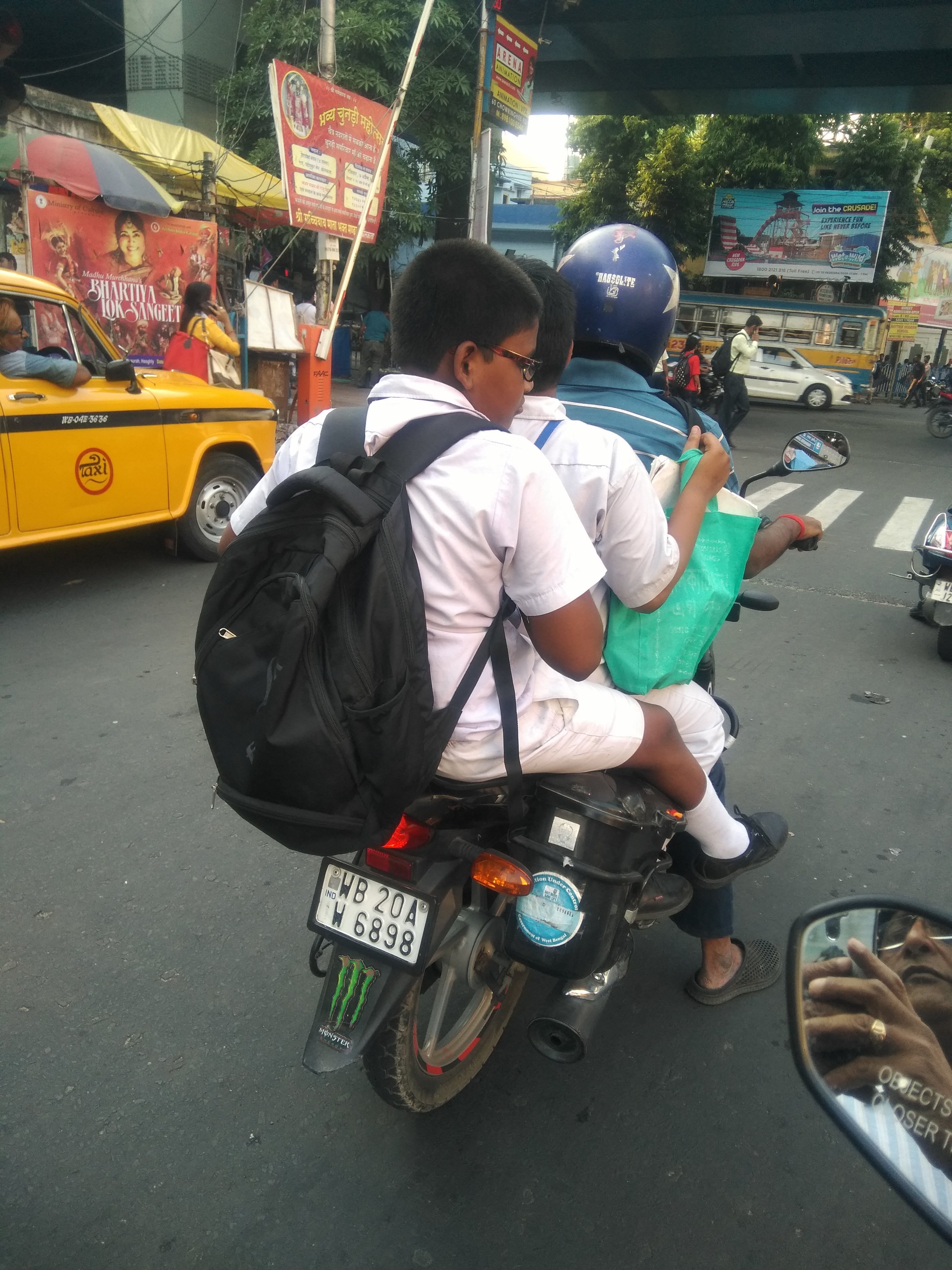 Riding Without Helmets Is Risky And Punishable

Riding Without Helmets Is Risky And Punishable

Despite the stringent application of traffic rules and the knowledge that violations entail fines and might result in disability or even death in case of accidents, two-wheeler riders continue to ignore two basic rules- wearing the helmet, for both the driver and the pillion rider, and overloading the vehicle with more than two people.

The lead picture of this story was taken at an important street junction in Kolkata in the peak hour. It shows a person carrying two boys, both without helmets, on his motorcycle. Nothing is so urgent as to make one take such risks. Even a small nudge from a heavier vehicle is likely to throw one or both the boys off the vehicle, with grave consequences. But the person is not concerned.

The West Bengal government and the Kolkata Police have taken several steps, both coercive and informative, to make people understand the importance of wearing helmets. Petrol is not supposed to be given to two-wheelers at pumps if the rider is not wearing a helmet. Yet one sees pump attendants ignoring the advisory. When asked, they say that the government makes rules but we have to face the ire of local boys if we refuse to serve them.

In order to shame parents, the Kolkata Police had put out banners that showed a father carrying his child without a helmet and asked the question whether his head was not worth anything. But such is the level of impudence that people think of nothing about not wearing a helmet. Some do it for fun while others do it as they think it is a sign of manliness. Workers of political parties (who put the party flag on their vehicles) regularly ride without helmets, so do youngsters in several parts of the city. Of course, at times one might actually have a valid reason for not wearing one, but then he or she should leave the vehicle and use some other mode of transport.  Youngsters might be doing it to show a rebellious nature and to cock a snook at authority. But whatever the reason, not wearing a helmet is a serious offence and the driving licence of repeat offenders must be canceled forthwith.