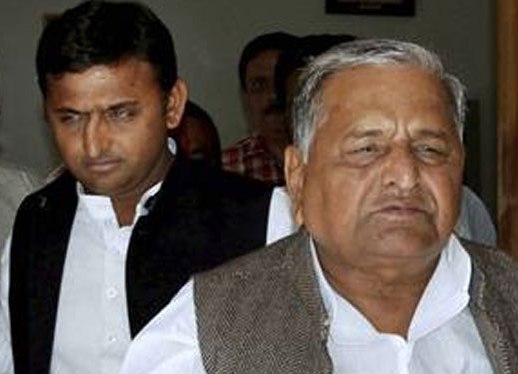 Editor-in-Chief of indiacommentary.com. Current Affairs analyst and political commentator. Writes for a number of publications. View all posts by this Author
Brace yourself for another round of family war in Samajwadi Party (SP). Mulayam Singh Yadav has announced a list of 325 candidates for the upcoming state elections even as son and chief minister Akhilesh was out of town on tour. He also scotched rumours of an alliance with the Congress and declared that the SP will fight the elections on its own.

The list has sidelined most of Akhilesh loyalists and is filled with people against whom a number of criminal cases are pending. It shows that Shivpal Yadav, Mulayams brother with whom Akhilesh had a prolonged public spat just a couple of months back, has managed to convince the party supremo that selection of candidates should not be left to Akhilesh. It is certain that the chief minister is not going to take this lying down.

Essentially, what Mulayam and Shivpal, obviously with help from Amar Singh, have done is to ensure that if, and that is a very big if, SP manages to come back to power, there is no way Akhilesh can become chief minister again. For, as his supporters have not been given tickets, there are not enough numbers for him to swing it his way in a crunch situation. It also ensures that the split that was avoided a few months back looms again on the horizon.

Not only has Shivpal managed to sideline Akhileshs supporters, he has even got Mulayam to overrule objections the chief minister had against several candidates as they were tainted. The result is that Akhilesh is staring at a list that has candidates who he does not approve of and it undermines his authority in a big way. This has to be the ultimate showdown within the party.

Upon returning to the state capital, Akhilesh has already called a meeting of disgruntled party leaders. Disgruntled here obviously means his own supporters and a counter attack is possible later in the day. No one who has been chief minister for 5 years would allow other party leaders to ensure his ouster through internal machinations resembling a bloodless coup. Maybe Akhilesh does not have the clout or the numbers to outmaneuver his father and uncle, but he has enough numbers to split the party and cause them pain. If matters come to a head that is exactly what can be expected.