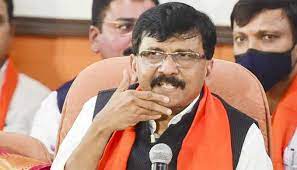 After raiding his Bhandup bungalow on Sunday and recovering Rs 11.5L in cash and other documents, the Enforcement Directorate (ED) finally arrested Shiv Sena (Thackeray faction) leader Sanjay Raut close to midnight after he was questioned for nearly 7 hours at the ED office for his role in the Rs 1200cr Patra Chawl redevelopment case. ED sources said they needed to question him about his association with several of his close aides including his business dealings with them. They said that they have found many property papers and land deeds in the name of his wife which they need to investigate.

The opposition, though, termed it as another instance of the BJP misusing central agencies against its critics. Sanjay Raut has been one of the most vocal critics of the BJP even before Eknath Shinde caused a split in the party and brought down the MVA government with BJP's help. Uddhav Thackeray termed Raut's arrest a "dangerous conspiracy" while both the Congress and the NCP rallied behind Raut. However, chief minister Eknath Shinde said that Raut should not be afraid of the ED action if he has done nothing wrong while the BJP said that Raut has to bear the consequences of not attending the summons issued by ED.

Although investigating huge scams is the duty of CBI and ED, the fact that this is being done against only leaders from opposition parties leaves the BJP open to the charge of being selective in using the central agencies. The list of such leaders targeted by these agencies all over India is long and often includes those who are most vocal in criticizing the BJP or whose parties are considered a threat. Does this mean that there are no BJP leaders involved in scams? For instance, why are the CBI and the ED not investigating the corruption scam in Karnataka which led to the suicide of a civil contractor and the resignation of K S Eshwarappa, the state minister for Rural Development & Panchayati Raj? Or the PSI scam in the same state?