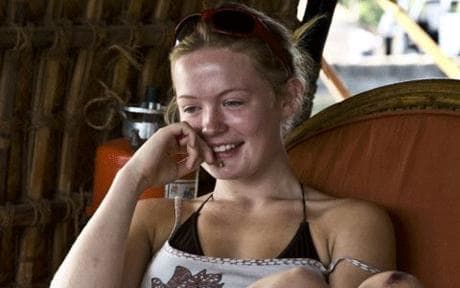 Editor-in-Chief of indiacommentary.com. Current Affairs analyst and political commentator. Writes for a number of publications. View all posts by this Author
It is unfortunate that the two accused in the Scarlett Keeling rape and murder case in Goa were let-off by the trial court. But it is more unfortunate that the mother of the murdered teen is making wild accusations. She has problems with everything in India. She has accused the CBI of being corrupt. She has charged that she was let down by the Indian judiciary. By making such statements, Fiona MacKeown is just displaying her frustration. It is true that the desire to punish those who perpetrated the despicable crime that took away her daughter must be very strong. But MacKeown must understand that trial courts give decisions on conclusive evidence. If the judge was not convinced without doubt, he was not likely to send the culprits to jail.

It is also true that the case was marked by bungling and delays from the very beginning. The first autopsy was wrong and put it as a case of simple drowning. When MacKeown demanded a second autopsy, it came to light that injuries on the body meant it could be homicide. Transfer of the case to the CBI took more than four months, during which the crime scene changed beyond recognition and evidence might have been tampered with. Then, there were procedural delays in court. But anyone who knows the Indian judicial system is well aware that this is par for the course. Neither was this a political case nor were the accused some well-connected or wealthy persons who could subvert the course of justice. Hence, accusing the system of being corrupt is wrong. The only mala fide charge that can be levied at the Goa police for acting slow was that they thought it would bring a bad name to the state known for its tourist potential. But they had to act once the case was highlighted by the media.

MacKeown knows that the clinching evidence in the case would have been that of the British national Michael Mannion, who claimed to be an eyewitness to the assault on Scarlett Keeling. Mannion had agreed to depose before the court by videoconferencing from Britain, but backed out citing illness. His refusal to testify was the major reason why the accused were not convicted as he was the sole eyewitness to the crime. MacKeown has said that he is a despicable coward and wonder how he will live with himself after doing this. Instead of making wild accusations against the CBI and the judiciary, MacKeown should trace Mannion, build up a community opinion against him where he lives and make him testify. Concurrently, she should appeal against the trail court order. Indian judicial system, despite its many shortcomings, is not biased. If conclusive evidence is forthcoming, one is sure that the two louts, who subjected the then 15-year old Scarlett Keeling to their animal instincts, will be handed out the punishment they deserve.