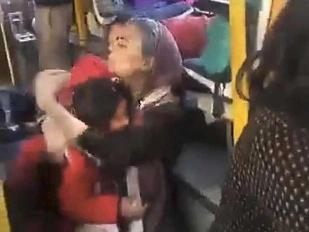 Editor-in-Chief of indiacommentary.com. Current Affairs analyst and political commentator. Writes for a number of publications. View all posts by this Author
The continuing protests against Padmavat by those who have not seen the film are a disgrace, especially when the film has been seen by critics and not even one of them has written about the supposed slur on Rajput valour which the protestors have made their main plank. But when this protest targets a school bus full of children, the time has come for us to ask ourselves  who is going to raise a voice against these barbarians?

The manner of the protest itself is wrong. If one is aggrieved by anything, one has to explore civil means. By taking to the streets, one shows that there are no civil means (which means that the thing is not wrong in the first place) and danda ka jor is the way to get what they want. Still, there has to be a line drawn somewhere. It is bad when mobs vandalize public or private property and maim or kill innocent people. But when they target a school bus, they cross the laxman rekha.

Although 18 people have been reported to have been arrested for the act, one is sure nothing is going to come out of it. For, mobs are faceless. Who did it and on whose orders? It really does not take much to bring out animal instincts when a mob is on the rampage. Those who attacked the school bus where nothing more than vile animals.

The government in Haryana, as elsewhere, is doing a great disservice to the nation by giving these mobs a free run. I just ask one question: would the government react similarly if the protests were against it? Would it then also ask the police force to look the other way? No Sir. Then, it would have brought the full might of the state to bear on the mob. Section 144, curfews, preventive arrests, lathi charge, tear gas, water cannons and even bullets would be used to send them back home or to their heavenly abode. So why not now? Just because they are protesting against a movie and not against Narendra Modi? Or does the government think these are good mobs as they are doing cultural cleansing?