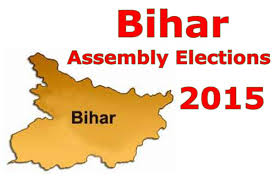 Editor-in-Chief of indiacommentary.com. Current Affairs analyst and political commentator. View all posts by this Author
The war of words between Modi and Nitish-Laloo-Sonia combine has escalated. As elections in Bihar draw closer, both parties have taken to malign each other. While the combine chides Modi for thumping his chest unnecessarily and for his empty promises, Modi asks them for provide the account of what they did in the last 25 years and where the money went as he says there is no development in the state.

The Bihar scenario is totally confusing. While Nitish loses no opportunity in bashing Modi and the BJP, it is a fact that he ruled the state for several years with the party. While Modi asks for accounts, it is a fact that his party was associated in governance for some of the years in question. So the BJP must also provide some answers. While Sonia now shares the dais with Laloo, it is a fact that when Laloo was jailed in the fodder scam, Rahul Gandhi categorically stated that his party will not associate with convicts. While Nitish and Laloo are thumping each othersÃ¢â¬â ¢ back now, they were sworn enemies not so long ago. While Ram Vilas Paswan says he was Atal Bihari VajpayeeÃ¢â¬â ¢s choice as chief minister of the state, it is a fact that he has been thoroughly marginalized in Bihar politics and has just about managed to save himself from sinking by latching on to the BJP. The Congress has also tagged along with Nitish-Laloo precisely for this reason. It knows it will sink if it swims alone.

A scenario like this would have meant tough competition. The combine has done well to group together in order to prevent splitting of votes. Although seat sharing concerns will remain and some amount of fighting among grassroots cadre is expected, votes are not expected to split too much. But it remains to be seen how the people vote Ã¢â¬" along caste lines or for development.

Although it is true that Modi does not have a magic wand to bring acche din, but try explaining that to the common man who bought his line during the general elections. People have started questioning the NDA regimeÃ¢â¬â ¢s inability to act on its promises. They do not understand that the government does not have a majority to push through its legislations in Rajya Sabha and has got important legislations stalled. There have been a lot of negative vibes on the Land Bill too. It is the youth, comprising a sizeable portion of the voters, who are again going to play a decisive role in the outcome.

The Bihar election assumes great significance as the opposition wants to corner Modi and claw back. Modi, buoyed by wins in local elections in scam scarred Rajasthan and MP, seeks an opportunity to consolidate. He knows that Bihar will give a lot of seats in the Rajya Sabha. The BJP needs wins in states to turn the tables on the opposition by gaining a working majority in the upper house. The price of onions, among other things, is also going to have a bearing on the results. One thing is sure Ã¢â¬" none of the major players are feeling secure and are hence indulging in sparring and shadow boxing. Sadly, no one talks about real issues.