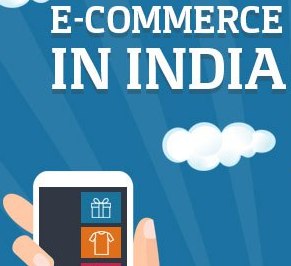 Shake Up in Ecommerce Marketplaces & Startups

Shake Up in Ecommerce Marketplaces & Startups

Editor-in-Chief of indiacommentary.com. Current Affairs analyst and political commentator. Writes for a number of publications. View all posts by this Author
The ecommerce and startup space is readying itself for another round of acquisitions, amalgamations and mergers. As too many players have entered the market with the same faulty deep-discount-backed-by-heavy-advertising model, they are all chasing the same set of buyers with almost the same products. Not all of them have deep pockets and investors are not willing to fund their misadventures any more. Hence, the smallest ones or the weakest ones have closed operations while those who think they can find buyers at a decent price are looking for suitors. With the going getting tough, the tough are not getting going but the weak are capitulating. The consolidation that is taking place augurs well for the long term health of the sector.

Snapdeal is alleged to be looking for open arms from either Flipkart or Amazon. Earlier, it had closed down exclusively.com, a premier fashion and lifestyle marketplace it had acquired just 18 months ago, as a standalone platform by integrating it with itself. Shopclues is wishing to merge with Alibaba. Voonik has acquired three small startups this year. Ola has dumped the Taxi for Sure (TFS) platform after acquiring and putting it up on its app. The integration has been completed by shrewdly launching the economic Ola Micro and obviating the need of a separate TFS economy model. This will result in 700 employees being laid off. Askmebazar.com has temporarily suspended operations, but it is a clear indication that the platform is going down under as investor interest is zero and funds are not available. The problems of GoJavas, at one time the in-house logisitics partner of Jabong are well documented. It was spun off by Jabong as an independent logistics firm after which Snapdeal got into it. But with both Jabong and Snapdeal having stopped using GoJavas, the company first suspended operations and has not got a new investor in Pigeon Express (P) Ltd, a logistics service provider. Maybe the synergy with Pigeons current operations might rescue GoJavas but ecommerce logistics providers have certain bad habits (excess employees and other overheads) which Pigeon will have to take care of.

These are troubled times for both startups and established ecommerce players. Investors are increasingly looking for a solid revenue model and exciting new use of technology just for the sake of it is not getting the thumbs up. Timeframe for turning profitable is being demanded. It is good this is happening now as it will mean that henceforth only responsible managements will get funded and those trying the hit and miss formula will be refused politely. This will also mean that startups will spend more time with accountants than they have been doing till now. The time of falsely creating excitement around a business model by obfuscating its breakeven roadmap is now gone. Responsible budgeting, breakeven, profitability, prudent hiring, strategic and optimally priced acquisitions and smart and cost effective advertising are terms startups will have to familiarize with and use to keep a tight control on operation costs and show a healthy balance sheet to investors.