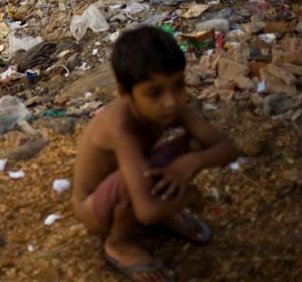 Shame in Madhya Pradesh: Killing Kids For Defecating In The Open

Shame in Madhya Pradesh: Killing Kids For Defecating In The Open

It is a matter of great concern that in this age and time, there still exist people who can murder under-privileged kids for defecating in the open. It shows a lot about the depths Indian society has plumbed to that upper-caste Hindus in the Shivpuri district of Madhya Pradesh were so incited at the sight of two Dalit kids defecating on a road that they could murder them. It is all the more distressing that one of the accused persons said that God had appeared in his dream and had asked him to kill "demons".

The family had been facing discrimination in the village as they belonged to a low caste. They were the only family in the village without a toilet. In fact, the family of the murdered kids alleged that although the panchayat had sanctioned a house with toilet for them, the proposal was "scuttled" by the sarpanch, who happened to be a relative of the accused in the current case.

It is a classic case of discrimination and subsequent hounding. Upper castes first gang up to deny Dalits their due and then when they are forced to do something which others in the village do not, they are targeted. In this case, the family was not allowed to avail of a toilet and then their children were killed for defecating in the open. It was not something uncommon that the children were doing: even now, more than 500 million Indian do so due to lack of toilets.

Despite rising education levels and general awareness about laws, the Indian society has still not risen above the pettiness associated with segmenting people according to various parameters, be it caste, language, religion, region, lack of affluence or different sexual orientation, among many other discriminating factors. As long as people turn against other people based on any of these differentiators and claim to be superior, society will continue to be plagued by strife and such incidents will continue to happen. In fact, if exemplary punishment is not handed out to the perpetrators, the frequency of the incidents will gather speed and the gruesomeness will increase.