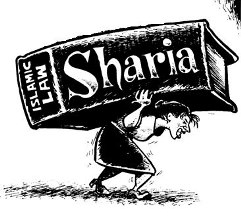 Editor-in-Chief of indiacommentary.com. Current Affairs analyst and political commentator. Writes for a number of publications. View all posts by this Author
The Law Commission has circulated a questionnaire seeking response from interested organizations and public at large on the need to implement a Uniform Civil Code (as provided for in the Directive Principles attached to the Indian Constitution) for all Indian citizens. Before this, the Centre had informed the Supreme Court that triple talaq and polygamy, as practiced by Muslims in India, does not have the sanction of the Sharia and since it has been done away in many Muslim countries, it should be similarly outlawed in India too.

The self-appointed guardians of the Muslim community have always followed a double-faced approach to personal laws. Despite the Holy Quran and the Sunnah being forward thinking and not against womens rights in marriage, divorce and property related matters; the clergy interprets Sharia as per their patriarchal thinking to deny them these rights.

The biggest worry is that they continue to do so despite most Muslim nations having shed that attitude. Equality of women, or even their stated rights, as mandated by the Holy Quran and the Sunnah, is denied to Muslim women in India by these so-called protectors of the Faith. The continued interpretation of the Sharia as per the Anglo-Mohammedan law of the pre-Independence era suits the AIMPLB fine as it perpetuates its hegemony. But since triple talaq is now increasingly being misused  often through mobile phones, Skype and newer forms of technology  there can be no doubt that the Supreme Court needs to junk the age old law and modernize it according to the laws prevalent in other Muslim nations.

This cannot be taken as imposition as if some Muslim personal law is good enough for, say Indonesia (which has the largest Muslim population in the world) or Pakistan (which was carved out from India to be home for the Muslims), then it should be good enough for Indian Muslims too. The idea is to prevent the Muslim clergy in India from hiding behind outdated interpretation of the Sharia to deny women the rights accorded to them by the Holy Quran and the Sunnah. If the self-appointed guardians of the community continue to be intransigent on this and if women from the community keep approaching the courts for relief, the law in a secular country will have to be suitably altered to stop the discrimination.

On the other hand, the need for a Uniform Civil Code (UCC) cannot be under played. India, due to historical reasons, has precedent for Anglo-Mohammedan law (however badly interpreted it might be), but other countries where Muslims make their homes do not even have that. In the US, for example, there are no Islamic courts. Despite there being harsh corporal punishment for crimes like adultery and theft in the Sharia, the leaders of the Muslim community have no qualms in accepting the criminal law in India.

Even if UCC is implemented in India, it will have to be designed keeping in mind the sensibilities and religious sanctions of all faiths. The real objection to it arises from two things. Firstly, once the UCC is implemented, all disputes relating to personal matters between Muslims and between Muslims & others will be decided by the courts and the need for the huge infrastructure of the parallel justice system will vanish. This will reduce the influence of the clergy over the faithful. They do not want this at any cost. Secondly, after the implementation of the UCC, the demands for special privileges for the Muslim community for this or that matter will no longer be valid. This will take away the reason why politicians of all hue develop them as vote banks. The politicians will never want that. Already, the Congress party has said that UCC cannot be implemented. How does it know without discussing the form and content of the proposal?

Any reform related to the Muslim community will never be allowed in India by the clergy that does not want to lose its hold on them and most politicians who treat them as vote banks. The clergy will keep on complicating a compassionate law to confuse the faithful and bind them to outdated interpretations. The politicians will keep on weighing them down with imagined grievances and unfounded biases to prevent them from joining the mainstream and remain segregated. Both these classes will continue to play on play on their fears and prevent them from enjoying rights under the Sharia that are being enjoyed by their brethren in other Muslim majority countries.