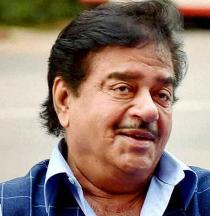 Shatrughan Sinha: Victim Of His Own Verbosity

Shatrughan Sinha: Victim Of His Own Verbosity

Editor-in-Chief of indiacommentary.com. Current Affairs analyst and political commentator. Writes for a number of publications. View all posts by this Author
Shatrughan Sinha has for long been the enfant terrible of the Bharatiya Janata Party. Identified as an L K Advani man, Sinha found himself isolated when Narendra Modi took over the reins and consigned Advani and Murli Manohar Joshi to the sidelines. Since then Sinha has been the in-house critic of the party and of Modi and Amit Shah.

But of late, with the general elections approaching, Sinha has been making more noise than usual. He has become vitriolic in his attacks and loses no opportunity in throwing barbs after barbs at Modi. The latest was when Modi interacted with watchmen across the country. Sinha, who refers to Modi as sirji, tweeted sarcastically by the way Sir in a very sudden, unprepared & defiant mood you addressed the Chowkidars of the Nation, (so-called 25 lakh..don't know the basis of this figure, why not 21? 2.5?) May not have gone down well with the people & the Chowkidars, whose conditions aren't desirable.

Sinha has been doing everything that would have made any other party expel him for anti-party activities a long time ago. He has been a star performer at unity rallies held by the opposition parties, first in Kolkata and then in Delhi, recently. He has acted as the chief spokesman of the opposition parties by rubbishing the policies and programmes of his own party. Yet, he does not have the courage to leave the party like the other in-house critic Yashwant Sinha.

People often wonder why the BJP does not expel him. That is what he wants. He wants to be expelled so that he can turn around and say that see, they cannot take criticism. He wants to become a hero to try and get sympathy votes. But the BJP is not affording him that luxury. They are simply going to dump him. His name is unlikely to figure from Patna Saheb (the seat he currently represents). In fact, he is unlikely to be given a seat at all.

Rumours are doing the rounds that he might contest from Patna Saheb on a Congress ticket. One thinks that it will not be difficult for a man of Shatrughan Sinhas caliber to explain to voters why he junked Atal Behari Vajpayees legacy to embrace that of Jawaharlal Nehrus. What a fall for a man whose most famous dialogue in his acting days was khamosh or shut up. Sadly, the man himself never learned to keep a discreet silence and became a victim of his own verbosity.