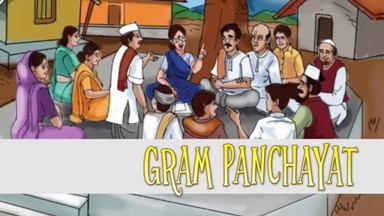 Should Education Level Of Candidates Matter At Panchayat Level?

Should Education Level Of Candidates Matter At Panchayat Level?

Linus tackles things head-on. He takes sides in his analysis and it fits excellently with our editorial policy. No 'maybe's' and 'allegedly' for him, only things in black and white. View all posts by this Author
The Ashok Gehlot government in Rajasthan has reopened the debate about setting minimum qualifications for those contesting local body polls by passing an order scrapping the minimum educational requirements for candidates contesting such elections. The previous BJP government, led by Vasundhara Raje, had prescribed educational prerequisites to stand for local polls by amending the Rajasthan Panchayati Raj Act in 2015. It was made mandatory for candidates contesting for the post of sarpanch to have cleared Class 8, and for those contesting in Zila Parishad and Panchayat Samiti elections to have passed Class 10. The Gehlot government has scrapped this and now anyone can contest local polls if they have not run afoul of other laws of the country.

It is true that the stated objective of Panchayati Raj is to include citizens from all sections of society in multi-tier local government. This includes the disadvantaged and the marginalized. Hence, setting any educational or other social indicators goes against the said stated objective. It is, in fact, an act of paternalism. The state is mandated to create the infrastructure that can improve social indicators. It is expected to provide education to the people. Rajasthan is a state, as per the 2011 Census figures, where the literacy rate is 79.19% for males and only 52.12% for females. Mind you, the literacy rate is only for people who can read or write with understanding. It does not specify whether such people have passed Class 8 or 10. Figures for those having passed the erstwhile minimum standards are not available but one is sure they would be much less than the literacy rate. That, in effect, disqualifies a large section of the population from the electoral process at the local body level.

On the other hand, there is also a case for having peoples representatives who meet certain basic criteria at all levels of governance. Many state governments, in order to pursue social goals, have introduced different bars for candidates wishing to contest local body polls. In Odisha, for example, any such candidate must be able to read and write Odia. Other states like Andhra Pradesh, Rajasthan, Madhya Pradesh, Odisha and Maharashtra disqualify candidates with more than 2 children. Leprosy is the bar for candidates in Odisha and Rajasthan while Maharashtra, Andhra Pradesh, Odisha and Tamil Nadu prohibit individuals termed as deaf-mute from contesting local body elections or continuing as members. Karnataka, Maharashtra and Rajasthan stipulate that candidates willing to contest local body elections must have a latrine in their house. There are many other disqualifying standards in different states. But minimum education as a requirement was there only in Rajasthan and it was highly discriminatory as people contesting elections for the legislative assembly and Lok Sabha do not have to meet this requirement.

While setting a minimum educational requirement ensures that relatively educated people sit in our governing bodies, it is seen that the many educated persons are not always the ones who have the best ideas about governance as they are most often not aware of the ground realities. Where local bodies are concerned, it is best to have people who know the local conditions and the needs and wants of the people. More than setting educational requirements, we need to change the laws to ensure that panchayats function in an impartial manner and bring development to the area.