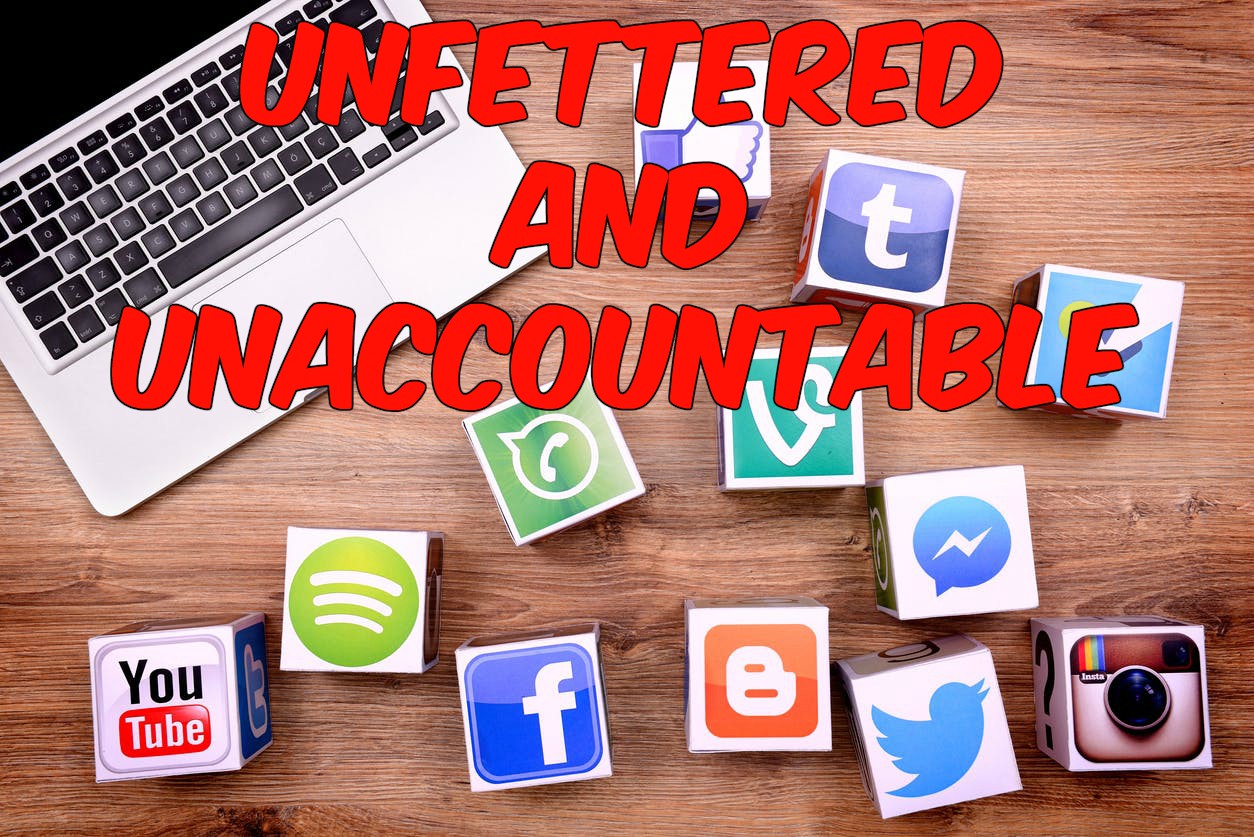 Social Media Platforms Must Be Made Accountable

Social Media Platforms Must Be Made Accountable

Is totally unfettered and unaccountable social media in anyone's interest? It is true that these platforms provide a channel of expression to the ordinary citizen, but how many such ordinary citizens are the originators of most of the content that makes its way to these platforms? It is also true that many incidents are now being first reported by the so-called citizen reporter who is accidentally or fortunately present at the scene. But that is very infrequent.

Most of the time, dedicated, targeted, morphed, slanted and often mischievous and fake information, opinion and 'news' are 'created' in the form of written words, graphics, videos, memes and more by interested persons and published in such a manner that it reaches a wide audience. Unsuspecting citizens, not knowing the origin and believing it because it is forwarded by someone known to them, keep on forwarding it to make it viral. After that, the WhatsApp University takes over and a large number of people are brainwashed to the extent of starting riots or worse.

If a print publication or a television channel (or even a digital media platform) were to publish such news or opinion, it would immediately be held accountable under a plethora of laws. Then why not apply the same strict laws to social media platforms? In the US, President Donald Trump has already said that he would take internet companies out of the ambit of the protection granted by Section 230 of the Communications Decency Act. This section protects internet companies as they are not deemed publishers of user-generated content. This is a step in the right direction as it will bring internet companies at par with the traditional media.

In an editorial, The Economic Times has argued that internet companies should be made to store content posted by users based in India on servers located in India. It suggested that social media companies working in India must follow all India laws and must remove content identified as mala fide within a given time frame once they are informed about it. It calls for a level playing field for all media - traditional as well as new age. This is a sane and logical suggestion and the government must work to implement it.