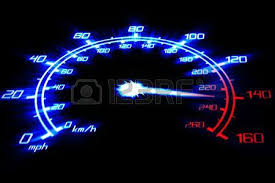 Editor-in-Chief of indiacommentary.com. Current Affairs analyst and political commentator. Writes for a number of publications. View all posts by this Author
Two news items, separated by a day, caught the eye because both involved road accidents by speeding limousines â one by a Volkswagen and another by a Mercedes, one in Delhi and the other near Mumbai. In both accidents, people were killed. In Mumbai, a six year old and his grandfather were mowed down while in Delhi a 33 year old man was flung nearly 15 feet in the air before landing to his death. In a similar accident in January in Kolkata, an Air Force corporal on Republic Day parade rehearsal duty was killed by a speeding Audi being driven by the son of a âleaderâ of the ruling party in Bengal. Salman Khanâs case is still fresh in public memory.

What is it between limousines and road accidents? Is it because the rich, spoilt and often under-aged brat driving the car is drunk on alcohol, high on drugs or drunk on the invisible but omnipotent power of his daddyâs wealth and connections? Or is it because the driver is unable to drive the high power car within speed limits? Or is it because it is in their DNA to break rules? Invariably, they turn to their loyal chauffeurs to get them out of the mess. Sometimes they succeed in convincing the poor man with a fortune. When they are unable to do so, they bribe the police to weaken the case or hire hot shot lawyers to pick holes in the case and get them acquitted. Rarely are they handed out exemplary punishment.

The connection between speed and accidents that kill is well established. A study had shown that cars driving at about 40 kmph have just 10% chance of killing someone in an accident while those driving at 90 kmph will kill someone they hit 90 times out of 100. It is not without reason that speed limits are set in most areas. But the thrill of driving at a speed of over 100 kmph is facilitated by powerful cars and availed by those who have no concern for both their own and othersâ safety. So should we ban these monster limousines? That would be throwing out the baby with the bathwater. Why spoil the party for those who have the moolah to invest in such status symbols?

We need to think out of the box. If any one of a family is suspected to be involved in a speeding and killing case, in addition to the punishment handed out in court or even if the person walks free, the whole family should be prevented from owning or driving cars above certain horse power. The fear of losing the pleasure of owning status symbols will automatically restrain the pressure of the foot on the accelerator. Parents will think thrice before giving keys of such cars to brats. One knows that this is too radical an idea to be implemented, but is there a law against wishful thinking?