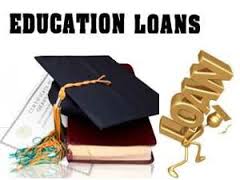 Study Abroad and Get Deduction for Interest Paid on Edu Loan

Study Abroad and Get Deduction for Interest Paid on Edu Loan

Editor-in-Chief of indiacommentary.com. Current Affairs analyst and political commentator. Writes for a number of publications. View all posts by this Author
Section 80E of the Income Tax Act says that parents can claim deduction for interest paid on any education loan taken for their childrenâs higher education. The only criterion prescribed is that such loan must be taken from banks, financial institutions or approved charitable organizations. Higher education has been defined as âany course of study pursued after passing the senior secondary examination (SSE) or its equivalent from any school, board or university recognized by the Central government, state government, local authority or any recognized authority.â Nowhere is it stated that course for higher studies must be pursued in India.

But some overzealous income tax officers (ITO) have been regularly disallowing the interest paid on such loan if the child is pursuing a course abroad. They will not be able to do so anymore as the Income Tax Appellate Tribunal (ITAT) in Pune has categorically stated that the section does not say that such higher education courses must only be pursued in India in order to get tax benefit.

The stated objective of this section was to promote higher education in a class of persons who had the will and the ability but not the means. It did not differentiate between study in India or abroad for the simple reason that it was promoting education and not educational institutions. Instead of reading the section as a whole, these ITOs decided that the second half of the higher education definition meant that the higher education course must be recognized by the Central government, state government, local authority or any recognized authority. Now with this ITAT order, things have become clear.