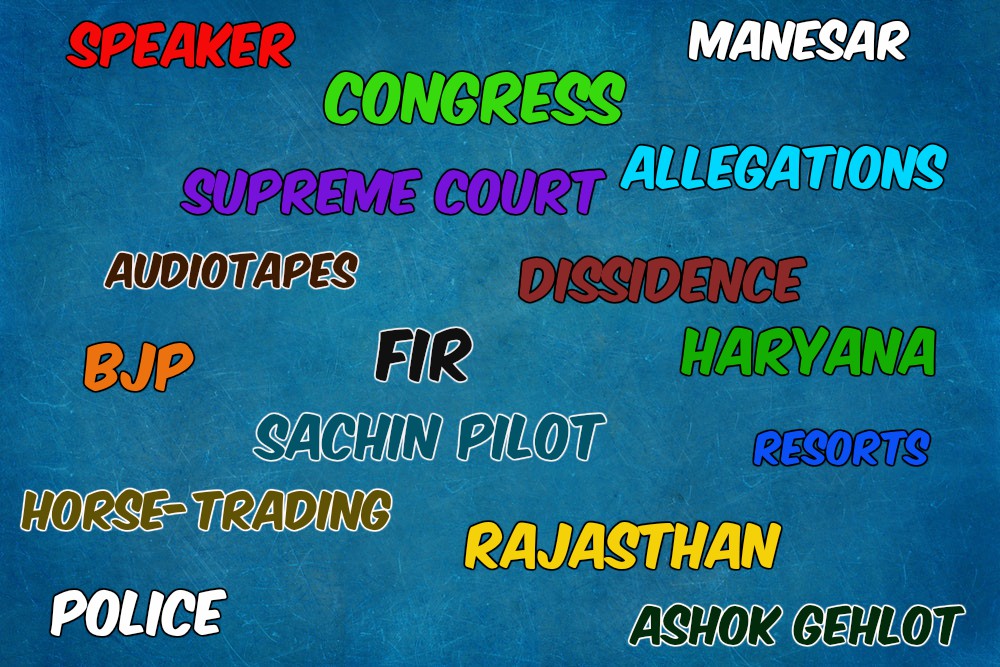 Developments are taking place at breakneck speed in L'Affaire Sachin Pilot. Since yesterday, audiotapes, allegedly of a conversation between two Congress MLAs and a Central minister, were all over social media. Today, the Congress held a press conference and its spokesperson Randeep Surjewala read out what he claimed was a transcript of the said audiotapes.

He directly named Union Minister for Jal Shakti Gajendra Singh Shekhawat and Congress MLAs Bhanwar Lal Sharma and Vishwendra Singh as the persons caught on tape discussing about toppling the Ashok Gehlot government. He also alleged that payment of money was also discussed in the conversation.

Gajendra Singh Shekhawat has denied that the voice on the tape is his. The two Congress MLAs have also denied the charges and have said that it is a fake audiotape. The Rajasthan police have registered two separate FIRs and the Congress has already suspended the two MLAs.

At lightning speed, a special team of the Rajasthan police left for Manesar in Haryana where Sachin Pilot is camping with MLAs loyal to him at two resorts. They were there to question the two MLAs about the authenticity of the tapes (and perhaps take their voice samples for forensic matching). But they were not allowed to enter the resorts by the Haryana police. The latest reports say that they were finally allowed after a lot of high-charged altercation.

In the Supreme Court, the hearings could not be completed today but in an interim order, the bench restrained the Speaker from taking any action till the final order. The hearings will resume on Tuesday.

The two sides have now decided to have a no-holds-barred confrontation. The audiotape accusation by Congress proves that. It also proves that the Congress is now directly involving the BJP instead of making veiled allegations. Since reports are also emerging that BJP leader Vasundhara Raje Scindia is not particularly happy with the machinations of the party and has in fact been reported to have called up Congress MLAs close to her to support Gehlot, the Congress knows that the BJP is a divided house in the state. Hence, it is now tightening the screws on the central leadership. The move also sends the signal to the dissidents that the Congress is not going to allow a Madhya Pradesh like situation to fructify in Rajasthan.

The Congress knows that if the dissidents are not disqualified, the Gehlot government might fall. Hence, it is going to apply all kinds of pressure to turn the situation in its favour. The BJP is also not going to take the allegation against Gajendra Shekhawat lying down. The fight is now going to intensify and become dirtier.