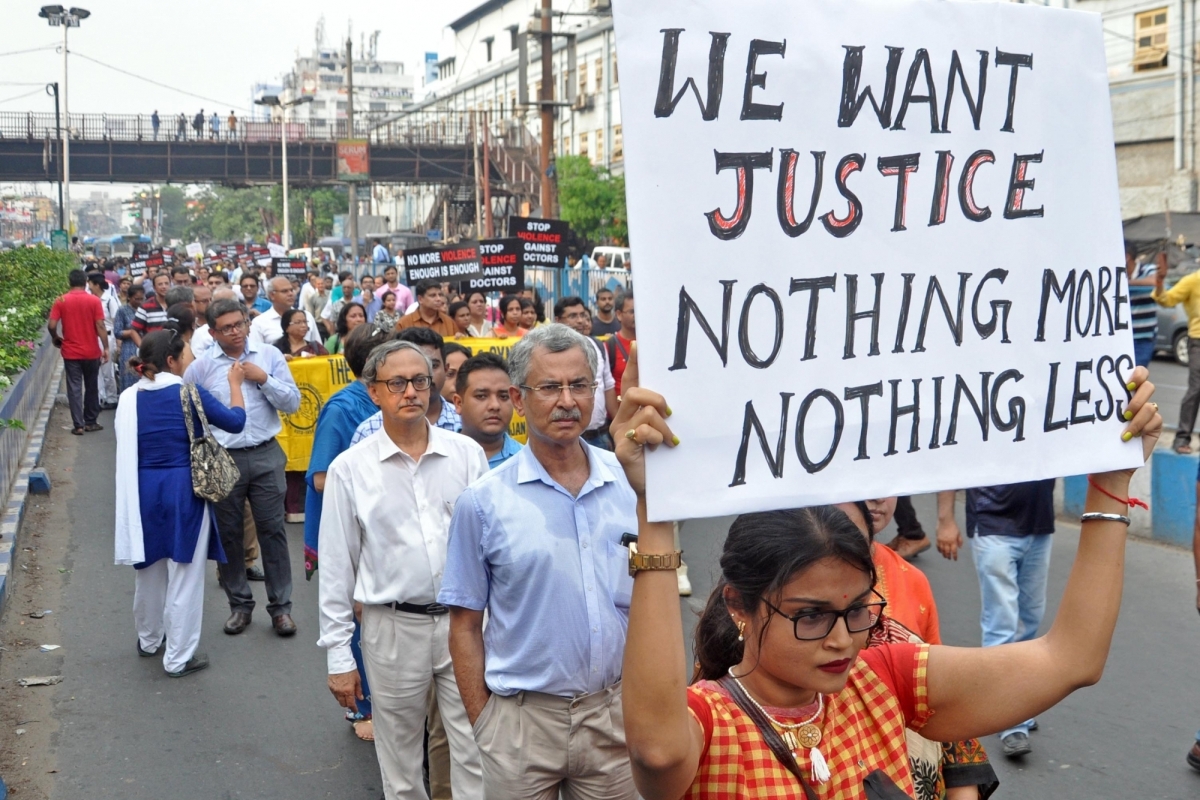 The Doctor Uprising in West Bengal

The Doctor Uprising in West Bengal

People all over the country are talking about the junior doctorsâ strike in Kolkata. People are worried that doctors are being targeted by hoodlums and hospital security is non-existent. People say that striking doctors are justified not to resume work before the culprits are punished and they are assured of proper security. People say it is extremely pleasant to see support for the Kolkata doctors all over the country.

People say it is strange that the West Bengal chief minister, Mamata Banerejee, instead of assuaging the doctors, took a hard stand and accused them of playing politics. She all but accused the doctors of negligence that caused the death of the patient, the incident that brought about the assault and sparked the strike. In short, she tried to close lines of communication instead of opening them. Her actions, people say, have also alienated faculty members of medical college hospitals and some senior doctors who have resigned en masse.

People say they fail to understand whether the CM wanted to end the strike of prolong it. They say that being a respected figure, she should have asked the administration to crack down on the hoodlums who beat up the doctors and should have talked to the doctors to assure them of a safe working environment. They say that the chief minister has failed in her rajdharma.

People wonder whether the stance was taken due to vote bank politics as the patient who died was from a minority community and the assaulters were also from the same community. People say that though the CM is accusing the BJP and the CPM of communalizing the issue, they feel it is she who is doing so to protect her vote bank.

People say that the assaulters must be identified and arrested. They say that security at hospitals must be made multi-layered and only two persons must be allowed to accompany patients. They also say that unknown persons having no work must not be allowed inside hospitals. People are of the opinion that if doctors have to deal with mobs, they will not be able to serve the people.