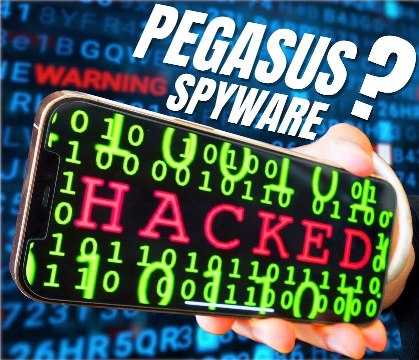 The Onus Is On The Government To Break The Pegasus Stalemate

The Onus Is On The Government To Break The Pegasus Stalemate

If both the government and the opposition remain inflexible, the monsoon session of Parliament is headed for a washout. The opposition is insisting on a full-fledged discussion on the Pegasus spyware allegations and an inquiry before they will let the houses function normally. The government is in no mood to allow the same and is getting bills passed amid the disruptions. In fact, PM Modi has instructed the MP's of his party to "expose" the opposition for paralysing the Parliament. This is a stalemate that is making a mockery of parliament for debate and discussion over important issues is as important a task in parliament as passing of legislative bills.

It is very easy to blame the opposition parties for not allowing parliament to function as they are using all kinds of accepted (and sometimes unaccepted, like the incident when a TMC MP snatched and tore the IT minister's speech) tricks to disrupt the proceedings and press their demands for discussion over Pegasus. But are they wrong? One feels that as the government has still not confirmed whether it purchased the spyware from the Israeli firm, it needs to clear the picture as otherwise it will mean that the government of some other nation (as NSO says it sells its software only to "verified" governments) was possibly spying on a cross-section of Indian citizens.

Also, if the government thinks that it will not have to answer uncomfortable questions over the issue if it manages to duck it in parliament, it is wrong. Already, Mamata Banerjee has constituted a two-member commission of inquiry manned by a retired Supreme Court judge and a retired Calcutta HC judge. Then, there are a clutch of petitions over the issue before the Supreme Court. It will have to come clean sooner or later as both the inquiry commission and the apex court will try and get to the bottom of the shady affair once they take up the matter.

Hence, it will be better if the government meets the opposition demand half-way and agrees to hold a discussion on the issue in parliament. It can say that if needed, it will also constitute an inquiry. But a discussion on the issue in parliament is warranted given the serious nature of the spying charges. Till now, no report has confirmed that the numbers on the list were actually hacked or tampered with. There is just the speculation that since they were on the list, they might have been hacked. Hence, the onus is on the government to discuss the issue and let the nation know what actually happened. Was there illegal hacking of phones through a sophisticated spyware that is sold only to "verified" governments or, as the government claims, there was no illegal or unauthorized surveillance.

pic courtesy: cropped from an image on you tube channel by technical guruji