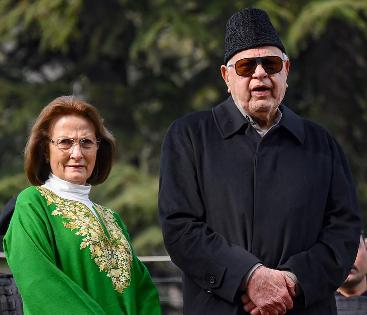 The J&K administration has dropped all charges against Farooq Abdullah and released him forthwith. This is a step in the right direction and along with other steps taken recently, shows that since no further untoward incidents are happening in the Valley, the government is not averse to set things in motion to start the political process in real earnest. The government should now seriously think of releasing the other leaders too within a few weeks.

After his release, the senior National Conference (NC) leader chose not to make any political statement apart for terming his freedom "not real". He said he would consider himself truly free when all other political detainees are released. There is no doubt that Dr. Abdullah needs to consult these other leaders before taking a stand. But he must also recognize that the process of normalization has to move slowly and steps can be taken only when the government takes inputs from the security agencies and is sure that it will not lead to anarchy.

The very fact that Dr. Abdullah has been released without any restrictions or preconditions and is free to mingle with the people and local leaders of his party as well as go to Delhi and attend parliament in his capacity as an MP shows that the government wants him to air his views about the abrogation of Article 370 and the subsequent developments in J&K. That he has chosen not to do so is out of personal choice.

His silence could also be tactical. Since he was under detention without access to information from the outside world, he does not really know what happened since August 5, 2019. He is not fully aware of the reaction of the Indian politicians as well as the world community. That the NC was against the abrogation of Article 370 is well documented. But since it is now a done thing, the party will have to take a stand after considering many things, including the petition filed in the Supreme Court. Hence, Dr. Abdullah is right in not jumping the gun and making statements that he might have to regret later.