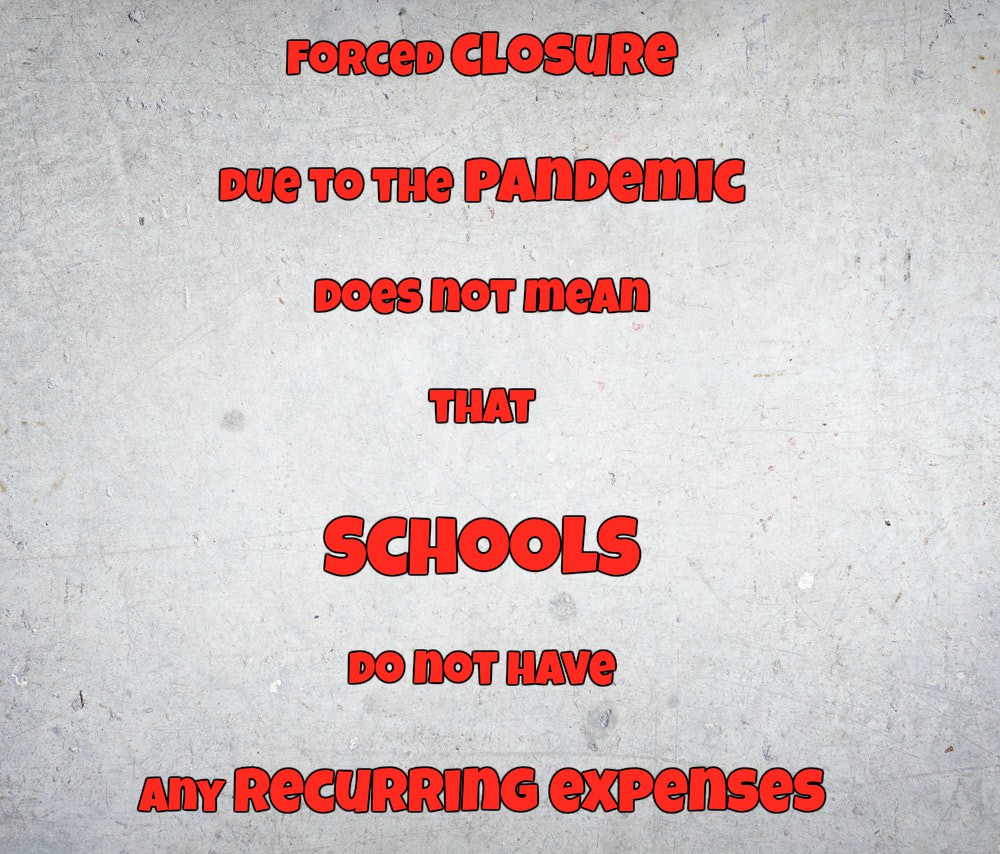 The Supreme Court has rightly refused to entertain the plea filed for deferment of school fees during the lockdown period by many parents from across India. Although the apex court went strictly by the book in taking that decision, there are several other factors that make deferment of school fees a tricky issue, one that cannot be decided before taking many things into consideration. Hence, an omnibus order would have been fair and due process would have been trampled with.

The Supreme Court rightly said that since the situation is not the same all over India, the petitioners should have first approached the High Courts of their jurisdiction. Calling it a "fact intensive situation", the court observed that "this should have been raised before the state High Courts. Why has it come to Supreme Court?" The court further said that "problems in each state are different" and "parties are involving jurisdiction of this court as an omnibus case" by filing "a plea for the whole country." The bench wondered "who would take decision for the whole country".

The plea is based on two points: first, that the parents say they are financially distressed as they have either lost their jobs or their salaries have been reduced or they had no income as their businesses were closed during the lockdown and second that since the children were not attending schools there was no or little expenditure on part of the schools. While the first is true for a large number of parents, but that is an unfortunate happening. The parents must balance their distress with the distress being faced by the schools. Schools have a huge establishment and their recurring costs are also high. Despite the closure, they have to pay for maintenance, salaries and other incidental costs. This answers the second point.

It is not as if that since the schools are closed, they have no expenses. Staff salaries form a major part of the recurring expenses in any good school. The parents should realize that as they are facing distress, the staff in the schools will also face distress if they do not pay the fees and the staff does not get their salaries on time. Teaching has become a highly specialized job and the schools pay good salaries. But schools and colleges that have not come forward to hold online classes during the lockdown have a lot to answer. They have abdicated their duty towards the students and learning has suffered.

Yes, there will be some expenses that the schools will not incur during this closure. For that, some schools have come forward to reduce fees wherever possible. But that does not mean that the parents will ask for the account books of schools, as some parents' associations have done. They have no right to see the accounts of any business entity. The schools can then also demand the proof of job losses, salary cuts and business closures, as some have done. This is not a fight. A harmonious solution needs to be found for a problem that has affected everyone badly. The parents will have to find a way to pay the fees. The schools will have to reduce the fees to the maximum extent possible. The future of children all over India is at stake.