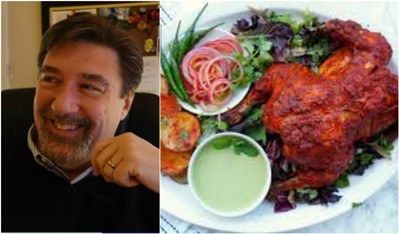 How many in India have heard of Tom Nichols? He is a US academic who writes on nuclear strategy and preventive warfare. His latest claim to fame is trending on twitter for trashing Indian food. A twitter user Jon Becker had asked people to post their most controversial food takes. Nichols tweeted that "I think Indian food is terrible, and we pretend it isn't".

Immediately, Indian food lovers all over the world were up in arms. People started doubting if Nichols had taste buds (Actor and Top Chef host Padma Lakshmi was one of them) or if he had really tasted the food he was saying was terrible. People even called him "the Donald Trump of food". Some people even unfollowed him.

People say that although food is entirely a personal thing and should not be generalized, they are upset that Nichols used the plural "we" to signify that a large number of people in the US do not like it. People say that that is not true. People say that contrary to popular perception in the West, Indian food is not always very spicy or oily and it depends on what you choose to have.

People are also of the opinion that India is a huge country with cuisines varying from region to region. There cannot be one such thing as Indian food. They say Nichols should have specified which type of food he had and found terrible. They also say that Nichols took his own bias and made it sound universal, which was the wrong thing to do.

People also point out to an article Nichols subsequently wrote for the magazine USA Today where he mischievously said that he added the "and we pretend it isn't" just to be controversial to the maximum and say that his intention was bad. People say that Nichols wrote the tweet just to get some cheap publicity but should not have picked on Indian food.

People are of the opinion that if others find Indian food terrible, Indians find the bland offerings of some Western countries equally unpalatable. The best way is to avoid what one doesn't like eating. But trashing it to gain publicity, people say, is not the right thing.