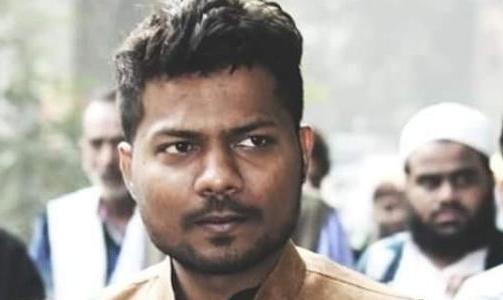 UP Police: Acting Without Legal Basis To Arrest Journalists

UP Police: Acting Without Legal Basis To Arrest Journalists

Police forces all over the country have become extra sensitive to anything allegedly defamatory being posted on social media about their political masters. In trying to please their masters, police forces are arbitrarily arresting people for either posting or forwarding posts on social media. But in doing so, they are breaking more laws than they are upholding.

The arrest of journalist Prashant Kanojia by UP police is a textbook case of what the police should not do when dealing with social media posts that are not liked by their political masters. Kanojia had posted the claim by a woman that she had proposed to UP chief minister Yogi Adityanath on his Twitter account. The UP police arrested Kanojia from Delhi and brought him to Lucknow.

The whole episode proves that the law was misused and the police even acted illegally. First of all, there was no clarity on the charges slapped on Kanojia. Section 66 of the IT Act (which punishes a person for damaging computer systems and was clearly not applicable in this case) and Section 499 of the IPC (relating to defamation, which incidentally is a non-cognizable and bailable offence) were initially slapped on Kanojia. Why and how did the jurisdictional magistrate grant the warrant for arrest without solid reasons?

Then, in a blatantly illegal act, the UP police brought Kanojia from Delhi to Lucknow without a transit remand from the Delhi magistrate from whose jurisdiction the journalist was arrested. In order to please their political masters, the UP police forgot the due process and mandatory procedures. The police later added Section 505 of the IPC (intending to cause public mischief) and Section 67 of the IT Act (sharing obscene material), perhaps to avoid criticism. But it is debatable whether publishing a womanâs claim of proposing to the chief minister was either obscene or likely to cause public mischief.

That the UP police acted arbitrarily and in haste without any basis of law was proved when the Supreme Court granted bail to Kanojia, without obviously endorsing his tweets. The tweets were not the subject matter before the apex court, the arrest was. The court was of the view that there was no immediate need to arrest the journalist for the tweets. It came down heavily on the practice of abridging personal liberty of citizens on flimsy charges. It ordered the UP government to release Kanojia immediately and observed that the fundamental right to liberty was non-negotiable. The episode shows that there is a need to punish officers who carry out illegal instructions from their political masters. There is also a need to have a refresher course for the lower judiciary on the correct application of the law in cases involving social and other digital media.