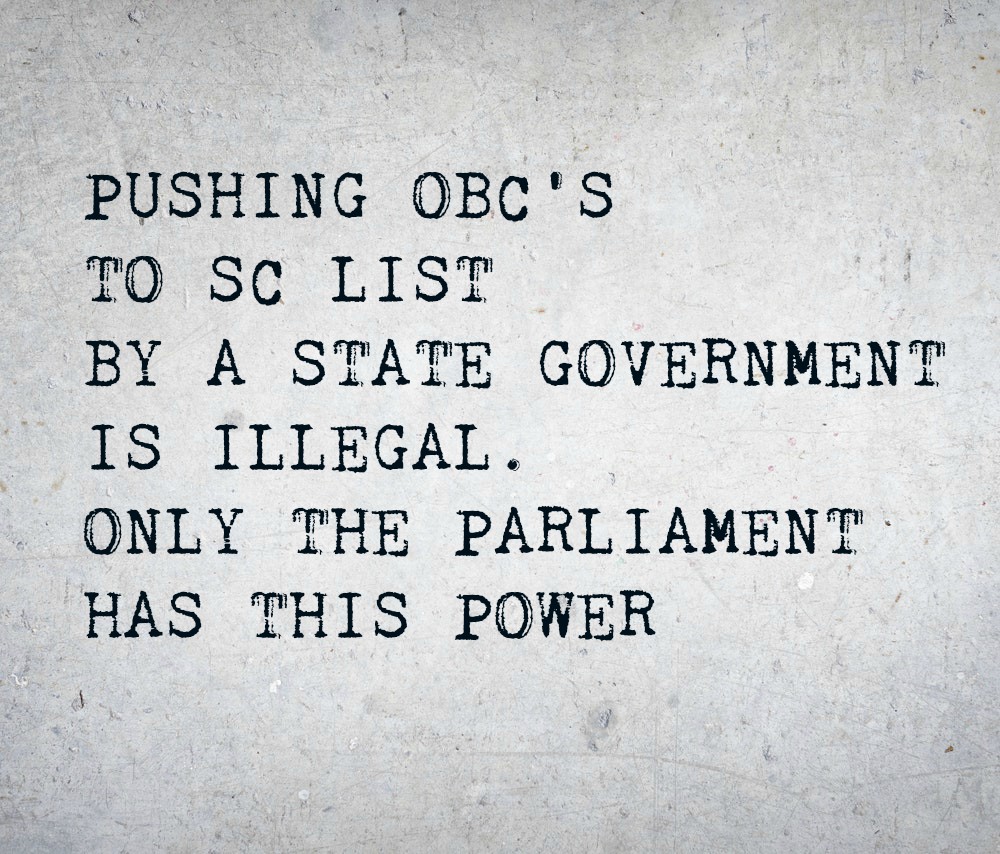 UP: Pushing OBCs To The SC List To Create Vote Banks

UP: Pushing OBCs To The SC List To Create Vote Banks

All politicians are adept at creating vote banks. While some do it with whole communities, others try to divide and sub-divide communities to do so. The Uttar Pradesh government has sent a letter to district administrators to treat 17 Other Backward Classes (OBCs) as Scheduled Castes (SCs). This is illegal and a blatant attempt to play vote bank politics.

But this is nothing new for the state. Both Mulayam Singh Yadav and his son Akhilesh Yadav had attempted it in the past. They wanted to move some OBCs to the SC list so that the influence and dominance of the Yadav's increased. But both attempts were scuttled for the simple reason that the state government has no authority to tinker with these classifications. Under Article 341 of the Constitution, only the Parliament is vested with the powers to make changes to the SC list.

The Yogi Adityanath government in UP has tried to bring back a 2016 notification by the then state government that wanted these OBCs to be included in the SC list. But that matter is sub judice and the UP government should have considered that before making the announcement. Union minister for Social Justice and Empowerment was quick to denounce the move. He clarified that the state government could not initiate the process on its own and had to ask the Centre for the inclusion which has to be cleared by the Parliament. He advised the UP government to follow due process.

But the urge to carve out a dedicated vote back among the OBCs by moving them to the SC list is too strong and successive governments in UP have tried to do so. Only Mayawati has resisted the temptation as she knows that if the SC list is inflated, opportunities for the existing castes would reduce. The UP government should withdraw the circular immediately and desist from making illegal moves just to create vote banks.