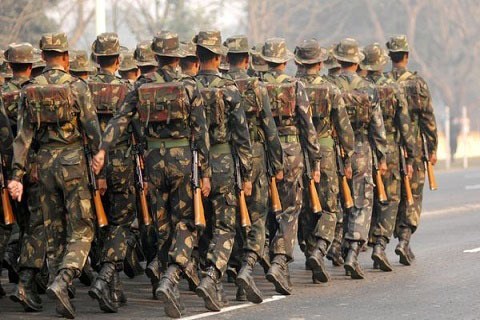 What Is Happening In The Kashmir Valley?

What Is Happening In The Kashmir Valley?

What is happening in Jammu & Kashmir? When the government had moved more than 10000 troops to the state a week ago, local political parties had feared that the Centre was thinking of fiddling with Article 35A of the Constitution granting special status to the state and was hence sending the troops to quell any rebellion that would follow. Mehbooba Mufti warned that "touching Article 35A will be like touching a dynamite, it will burn not just the hand but also the entire body will turn to ashes." She also said that Kashmir was a political problem, not a military one. Since the troop buildup happened subsequent to the three-day visit of National Security Advisor Ajit Doval to the state, state politicians thought a devious plan was underway to deprive the state of its special status.

But now, an additional 28000 troops have been dispatched to the state in what must be the largest deployment of troops in recent times. The government has also curtailed the Amarnath Yatra and advised tourists to return home immediately. This has prompted Omar Abdullah to tweet that "why is Gulmarg being emptied?" Mufti has said that a psychological war is being waged and the Kashmiris are living in a kind of fear she has never seen before. She said that the massive deployment of troops suggests that something big is being planned. Omar Abdullah, along with his father Farooq, met Prime Minister Narendra Modi to get an update on the situation and inform Modi about their concerns.

The Centre has said that the troop buildup is a preventive measure as it has received intel reports of big terror attacks leading up to the Independence day. Mehbooba Mufti must realize that something big is not being planned by the government of India but by terrorists backed by the regime across the border. If Kashmiris are living in fear because of the troops, they need not. The troops are there to protect them from strikes by terrorist backed by Pakistan. The Indian government cannot be expected to take things lightly - it cannot let Kashmiris or citizens from other parts of the country on a pilgrimage or on tour of a state that was once paradise on earth die in such terror attacks. The troop buildup should be seen as a timely and proper response to an expected threat and nothing more. Mufti should know that there is nothing political about terrorist threats and military response is definitely in order.

As for the political problem she talks about, did the J&K regional parties take serious and concrete steps to bring the state out of the political impasse after the fall of the BJP-PDP government?  When that government fell, the National Conference could have shed its inhibitions of joining hands with the PDP in the interests of the state and should have, by roping in the Congress too, provided a stable government. But it allowed the Centre to dissolve the assembly and impose President's Rule since no alternative emerged between 18th June and 21st November 2018. Will the state have a stable government even after the next elections are held? That is possible only if votes are not divided between the PDP and the NC and either one of them gets a landslide mandate or alternatively, they form a post-poll alliance. A political solution is a huge necessity but is unlikely given the trust deficit that exists between the Centre and the regional parties. Both sides have to undertake confidence-building measures to arrive at a political solution.