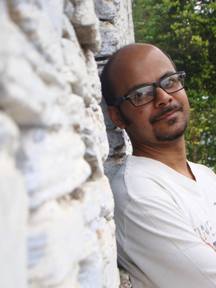 What is Srijato Bandopadhyay's Fault?

What is Srijato Bandopadhyay's Fault?

Editor-in-Chief of indiacommentary.com. Current Affairs analyst and political commentator. Writes for a number of publications. View all posts by this Author
Bangla poet Srijato Bandopadhyay posted a short poem on his Facebook wall. It was his innermost feeling on how religion was becoming all important and how a hermit had become the king in UP after Yogi Adityanath became the CM of the state. Not a single line in the poem denigrates any religion or offends religious feelings of Hindus. It is just a poets wail which points out the injustice in religion getting involved in governance and imposing a particular set of beliefs in a state that has numerous religions that follow different beliefs. It is by no means a call for action. It is just an expression of what the poet felt. It cannot be taken as something written to disturb communal peace or cause disturbance amongst communities.

Yet, Arnab Sarkar, a member of the unheard of organization Hindu Samhati has filed a police complaint against Srijato, invoking Sec. 295 (A) of the IPC and Sec. 67 of the IT Act, with the cyber cell of Siliguri police in northern West Bengal. The IPC section is for deliberate and malicious acts, intended to outrage religious feelings. The charges are non-bailable and non-compoundable. Police can arrest Srijato without a warrant. If prosecuted, Srijato faces up to three years in jail.

If there is something called an extreme and foolish reaction to a poem, this is it. Srijato Bandopadhyay is not a habitual pamphleteer. He does not have a history of denigrating the Hindu, or any other, religion as a matter of habit. His poetry takes a different route. This time, he was disturbed at the turn of events when he found someone who claimed to be a hermit, ostensibly surviving on alms, or bhikha, as the poem points out, become a king. He just penned his feelings about the happening. Perhaps the last two lines, where he talks about how the hermit will not be able to rape him as his trishul would be blunted by a condom is what got the goat of the complainant.

But poets have a way with words. Here, the poet just wanted to say that he is not afraid of the rise of fundamentalism as evinced by the assumption of government office by a hermit as he has insulated and shielded (hence, the use of condom)himself against any effort of the hermit to harm him. Rape, trishul and condom are words he chose to express that. If people have problems with it, it means that we will have no freedom of speech hereafter. Prime Minister Narendra Modi should warn people claiming to represent off shoots of Hindu organizations against filing unnecessary complaints to stifle free speech. We just celebrated the World Poetry Day. Even Modi professed to be a poet. At least he should then understand how a poets mind works and how and why he chooses to express his angst through words that have thousands of meanings other than the constricted religious ones assigned to them.

Bengal had already witnessed the crushing of freedom of speech when Taslima Nasreen was ordered out of the state in 2007 after a series of riots and curfews over her writings. Seizing upon that, BJP member and actor Locket Chatterjee has said that even Srijato Bandopadhyay should be prosecuted. Bengal had brought shame upon itself in the Taslima case. Should it invite it again now? Two wrongs will never make a right.