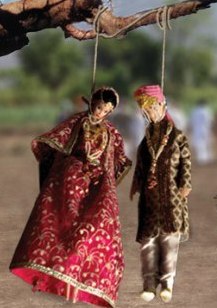 Where's The Honour In Killing?

Where's The Honour In Killing?

Anukriti is a student who dabbles in writing when she finds time. View all posts by this Author
The recent so-called honour killings in Kerala prove that this is one thing where adherents of all religions come together in India. It also proves that despite professing supposedly progressive religions, people in India are still consumed by caste calculations. Kevin Joseph, a Christian who was also a Dalit (if that is possible at all, for Christianity does not differentiate between people according to caste), was killed because he fell in love and married a Christian girl who was from a higher caste. The brother of the girl and his friends killed the young man to show him his place in the social order. Before that, a young woman from the Thiya community was killed by her father for marrying a Dalit man. Both caste and economic status were in play in both these crimes.

We have been told that education and literacy make people progressive. On both these counts, Kerala ranks very high. But these killings prove that beneath the veneer of being literate and educated, the people of Kerala are as casteist as people anywhere in India. Everywhere in India, a circle is drawn around women that they are not supposed to cross. Hence, a woman must not make the mistake of falling in love with someone who does not belong to the same caste or better still, not fall in love at all. The case of Joseph is even more heart wrenching and shows prejudices against women in more glaring light as his lovers mother was a Muslim. So the Christian father had no qualms in marrying a Muslim woman but could not tolerate when his daughter married a Dalit Christian. Why are all social rules so loaded against women?

The administration in Kerala is guilty of ignoring repeated and frantic pleas by Josephs wife and his father after he went missing. Was it because Joseph was a Dalit? Kerala police has recently displayed a knack of showering people with atrocities and mostly Dalits have been at the receiving end of their excesses. With the BJP making steady inroads in Left bastions in Kerala, if the administration pitches in by dividing society, the partys task will become easier. It is shameful that such things are happening in Kerala.