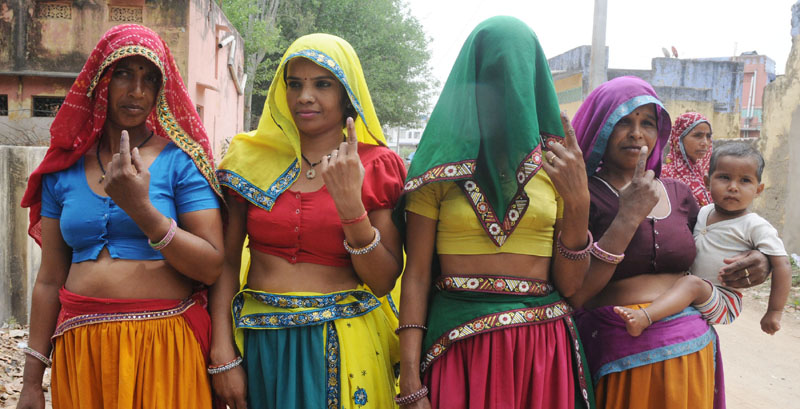 Why Girls in Short Dresses Are Always Seen As Sluts?

Why Girls in Short Dresses Are Always Seen As Sluts?

Editor-in-Chief of indiacommentary.com. Current Affairs analyst and political commentator. Writes for a number of publications. View all posts by this Author
Sandwiched between Punjab, the state that has the one of the worst sex-ratios in the country and Haryana, the play ground of khaps, Chandigarh has succumbed to moral policing of the worst kind. It has decided to ban mini-skirts and shorts worn by girls in bars and clubs. Once again, it is the girls who have been identified as offenders rather than the victims they are.

Rising hemlines and plunging necklines have often been used to describe girls as sluts. It is often said by enforcers of such bans that girls bring âmisfortuneâ (read rape and molestation) upon themselves by wearing such revealing clothes. Anyone who has been to Rajasthan must have seen women go around with scarves over their heads which hides their faces but leaves the bust open to public glare. In Kerala too, girls often wear only the traditional mundu blouse and the lehnga. Girls all over the North-east are often clad in minis and shorts. Are they habitually molested or raped?

It has more to do with the morals of the men than with the dress of the women. Instead of cracking down on the drug culture in Punjab and Chandigarh, the administration takes such regressive steps which will make criminals out of our teenagers and divert the attention of the police from more pressing issues. Why do we treat girls as sluts (when in fact they do not approach strangers) and why not the men who approach them as womanizers or male-sluts? For a man it is a triumph to seek and bed many girls, even a tribute to his manhood and hyper-active libido. For a woman it is shame. Why?