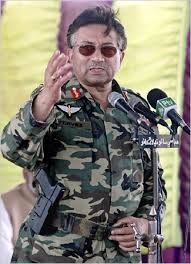 Why is Pakistan Perturbed Over India's Hot Pursuit Policy

Why is Pakistan Perturbed Over India's Hot Pursuit Policy

Editor-in-Chief of indiacommentary.com. Current Affairs analyst and political commentator. Writes for a number of publications. View all posts by this Author
A clinical and efficient strike by the Indian army against enemies of the Indian state in Myanmar and several statements by Indian ministers and politicians have raised PakistanÃ¢â¬â ¢s hackle. People like former PM Pervez Musharaf has said that India should not make the mistake of attacking Pakistan as they have not developed nuclear capability to fire at ceremonial occasions like Shab e Baraat. Others have pointed out that Pakistan is not Myanmar.

Those in Pakistan who are commenting in this vein have forgotten two things: one, Pakistan has always maintained that there are no terrorist camps in Pakistan and no terrorists cross from its country to India and two, any such operation in a foreign country must necessarily be conducted with the expressed permission and help of that country.

So why is Pakistan perturbed? It should continue to maintain its sham position that it does not aid, abet and harbor militants who strike at Indian targets after crossing over, even though its army chief says that Kashmir is the Ã¢â¬Åunfinished agenda of 1947.Ã¢â¬Â If India ever requests permission to strike at terror camps in Pakistan, it should deny their existence with a plain face. Instead, it should accuse India of trying to destabilize their country. This should go on and both countries should continue to build up conventional and nuclear arsenals and ignore developing their countries. This is what the people of both countries deserve for being dumb enough to keep supporting governments that have never seriously tried to resolve differences between the two neighbours.

Has any minister said that India will undertake pre-emptive strikes against terrorists inside Pakistani territory? Then where does the question of violating or challenging the Ã¢â¬Återritorial integrityÃ¢â¬Â of Pakistan arises? But people in Pakistan are already warning India against taking actions that might be deemed as such.

Pakistan itself continues to carry out one misadventure after another, all aimed at needling India and testing its patience. Its ambassador in India routinely meets Kashmiri separatists before talking to the Indian government, making bilateral talks look like trilateral. Despite IndiaÃ¢â¬â ¢s strong protests, it went ahead with local elections in Pakistan occupied Kashmir (PoK) recently. It continues to provide moral, financial and technical (including weapons, training and logistics) aid to all sorts of Kashmiri groups. But it continues to deny all this, chiefly in order to be on the right side of the US war against terrorism. It is a travesty of justice that the US considers the biggest sponsor of terrorism to be its bulwark in the fight against the evil. The US funds Pakistan substantially to fight terrorism. Most of the funds end up in financing terrorists.

Hence, adopting extreme postures in the wake of the Indian operation in Myanmar is not going to help Pakistan. It will have to cross the bridge of hot pursuit if India ever asks its permission and cooperation to undertake such an operation on its territory. It will be interesting how Pakistan responds to such a request from India, with the international community watching.