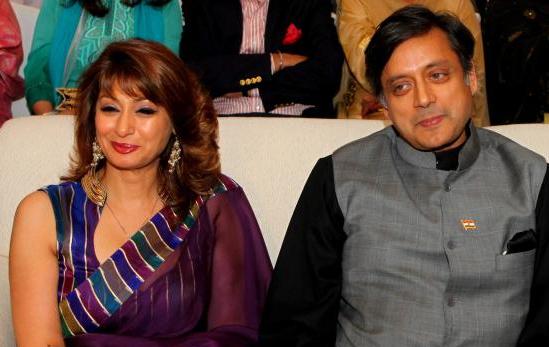 Why is Shashi Tharoor Running to the Police Commissioner?

Why is Shashi Tharoor Running to the Police Commissioner?

Editor-in-Chief of indiacommentary.com. Current Affairs analyst and political commentator. Writes for a number of publications. View all posts by this Author
Shashi Tharoor says Delhi cops are putting pressure on his house staff to testify against him. He has written a letter to the Delhi police chief complaining that the cops are trying to frame him in the murder case of his wife Sunanda. Nothing could be more preposterous. In fact, by adopting these tactics, Tharoor can be accused of putting pressure on the administration to go slow on him and of trying to hinder justice.

Ever since Sunanda died, or was killed, Tharoor has displayed a nonchalant attitude. Several questions arose when she died. None were answered satisfactorily. The police investigations were painfully slow and consequently, it has taken a year for them to file the FIR in the case.

Logically, two theories are possible in this case. Either Sunanda committed suicide or she was murdered. She could not have overdosed, as she did not die due to drug overdose. Even if she took drugs, the presence of poison suggest that her drug was laced with them. Experts are saying that she might have died as poison, believed to be either polonium 210 or thalium, was either administered orally or injected in her body. Cops feel that ÃÂ¢Ã¢âÂ¬Ã"injury no 10, an injection markÃÂ¢Ã¢âÂ¬ÃÂ is very relevant in the case and could explain how she died. Polonium 210 is a radioactive toxin thousands of times deadlier than cyanide.

If Sunanda was indeed injected with any of the above poisons, it means that whoever killed her was very well connected as these are not your everyday, rat killing poisons. For the killer to lay his hands on polonium 210 would mean that he had access to nuclear or army establishments. Things would be clear once a report is received from abroad, where SunandaÃÂ¢Ã¢âÂ¬Ã¢"Â¢s viscera samples will be sent.

But one is things is clear. Even though this is a very public case with the media pointing fingers at Tharoor by taking soundbites from friends and relatives of Sunanda, no one is above suspicion. If the police are probing whether Tharoor was involved, they will obviously question his house staff. This happens all the time when any common man is believed to be involved in a crime as serious as murdering his wife. Why is Tharoor piqued?

As a political leader, instead of complaining to the police commissioner, Tharoor should cooperate with the police and make them probe all angles to the crime, if it was one. He should behave like a common man and should not try to misuse his elevated status as a politician and well connected person to obstruct justice. After all, if Sunanda was murdered, one thinks that Tharoor should be the first person to find out who killed her. So, he should let the police do their work.