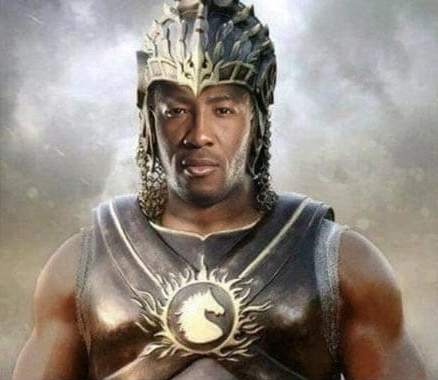 Andre Russel: "Baahubali", "Scary", "Beast" And What Not, But Highly Effective

Andre Russel: "Baahubali", "Scary", "Beast" And What Not, But Highly Effective

By our team of in-house writers. View all posts by this Author
People are talking about the devastating Andre Russel and his near impossible deeds for the Kolkata Knight Riders (KKR) in the 2019 edition of the IPL. People are amazed at the ease with which he has been clobbering fours and sixes to bring victory for his side from a hopeless position. People say that Russel is playing a different class of cricket in comparison to others around him.

KKR co-owner Shah Rukh Khan put things in correct perspective when he tweeted an image of Russel dressed in Baahubali regalia. Like the hero in the celebrated film, Russel has been vanquishing all opposition with an ease that makes him almost a superhero. The only match that the KKR lost till now this year was the one where Russel failed to fire in the super over against DC. Obviously, the ones they won were courtesy Russel who had scores of 49 off 18 deliveries against SRH, 48 off 17 versus KXIP and 48 in just 13 against RCB. Even in the match against DC, Russel had scored 62 off 28. Couple this with his excellent and penetrative bowling and acrobatic fielding and people say that they are witnessing a supercharged T20 player in Andre Russel this year.

People say that there is little a bowler can do in this format if a batsman like Russel takes it upon himself to cart each ball out of the park. People are using epithets like scary and beast for his deadly heroics. People say that Russel has become the best finisher in this format of the game. People also say that they are eagerly waiting for the showdown of the year when KKR play MI. They say they want to see what Russel does against Jasprit Bumrah, the best death bowler in the world at present. They say they are waiting in anticipation to watch whether Bumrah will be able to stop him and who wins that battle.