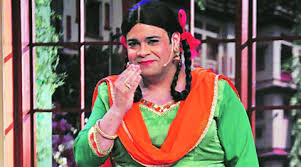 Editor-in-Chief of indiacommentary.com. Current Affairs analyst and political commentator. Writes for a number of publications. View all posts by this Author
Arresting actor Kiku Sharda for mimicking Ram Rahim was an act of stupidity. Interpreting criminal law in a manner that it will take away laughter from the people is in itself a criminal act. There are millions of babas in our country, each claiming a sizeable following. If politicians can be mimicked on TV (see the hilarious animations on Aaj Tak and India Today TV channels), what is the problem in mimicking babas. Self-styled godmen are not God â if their actions are mimicked, religious feelings are not hurt. It is only the personal feelings of a few thousand followers that are supposedly hurt. A narrow interpretation of Sec 295A of the IPC is not in the interest of society.

Further, Sharda is just an artist. He was carrying out the task assigned to him. As he rightly pointed out, the script was written by someone else, the costume was designed by another person and the act was directed by yet another person. The show was aired by the channel. He was just performing. If at all anyone was to be arrested, it was people who conceived the show and aired it. Even that would have been against the spirit of Sec 295A.

We need to take comedy in our stride. Cartoonists and mimickry artistes have a job to do. They will take things out of current affairs, weave it around a personality and create their acts. If we cannot take it in the right spirit, there is something certainly wrong with us. Laughter is a vanishing commodity. These artistes are doing their bit in keeping it alive. A few more arrests like this and our TV screens will once again become dull and drab.