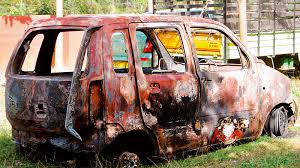 Bangalore Brutality: I Hang My Head in Shame

Bangalore Brutality: I Hang My Head in Shame

Editor-in-Chief of indiacommentary.com. Current Affairs analyst and political commentator. Writes for a number of publications. View all posts by this Author
image courtesy: deccanchronicle.com
Brutality in Bangalore
Where is Indian society heading? The brutality perpetrated on a defenseless Tanzanian women who had done nothing wrong â her only âfaultâ was that she was African, like the person who had run over a local while driving rashly in the same area sometime ago â in Bangalore shows that when we are part of a mob, we behave worse than wild animals.

The facts
Consider the facts: a Sudanese national, while driving rashly on a busy Bangalore road, mows down a local and like most other people, does not stop his vehicle and subsequently goes missing. An angry mob gathers and 30 minutes later stops a car that is being driven by the Tanzanian girl. They force her and her companions out and beat them. Not satisfied, they strip the girl and parade her naked. When she tries to escape by boarding a bus, the passengers throw her out. Another person, who tries to cover her with his t-shirt, is also beaten. The police stand by as mute witnesses.

Questions that have no answers
This kind of primitive justice, if one can call it that, is frequently witnessed on Indian roads. That it happened in Bangalore, a city that is the hub of IT in India, has a large concentration of foreigners and prides itself in being uber cosmopolitan, is extremely shocking. Why do we behave like this? Why do the police always let us behave like this? Is it not their job to maintain law and order? If tension was simmering in the area, was it not prudent to call for extra force to prevent an incident like the one that happened? Or do we always react after the deed has been done?

Them and us
Sometime back, violence had been perpetrated by mobs on people from the North-East too. It is very easy to pick on people who do not look like âus.â People from North-East have mongoloid features and Africans have a different skin tone. Is it their fault? Would the mob had beaten, stripped and paraded a local girl if she was the rash driver? There should be a separate and stringent law for perpetrators of violence as part of a mob. Also, policemen who stand and watch such incidents without taking any action should be punished.

I hang my head in shame
African countries are obviously livid as they are concerned about the safety of their nationals. Tanzania has asked India to arrest and punish the culprits without delay. All that will be done, but will the mental agony and scars that the innocent girls has suffered go away? Will Bangalore still pride itself for being âcosmopolitan?â I hang my head in shame.