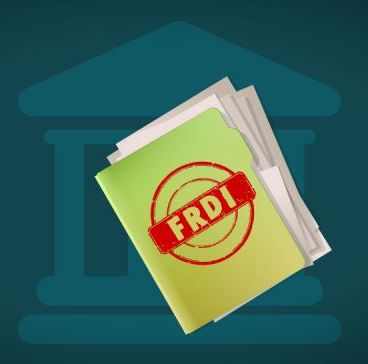 Bank Deposits Are As Safe As Before

Bank Deposits Are As Safe As Before

Editor-in-Chief of indiacommentary.com. Current Affairs analyst and political commentator. Writes for a number of publications. View all posts by this Author
The Left-Liberal establishment is working with a vengeance to misguide people on social media without understanding the facts of important financial bills or economic reforms. The idea is to create a panic. Having looted the people over the years through various scams involving mind-boggling figures, having built up a comfortable and paying network of crony capitalists and having looted the poor by allowing large scale pilferage of anti-poverty schemes and vanishing of their money through chit funds which gave them kickbacks, the pot-bellied Congressmen and their Leftist and regional friends are dismayed that the supposedly pro-rich NDA government is plugging all loopholes to generate black money.

Take the example of alarming messages being shared on social media regarding the bail-in clause in the proposed Financial Resolution and Deposit Insurance Bill (FRDI) 2017. Without understanding the history of deposit insurance in India and without reading the supporting sub-clauses to sec 52, the people are being told that first Modi demonetized some currency notes and now he wants to take away the money in your bank accounts. Nothing can be further from the truth. The money of the depositors will be even more secure after the FRDI is enacted.

As on date, depositors funds in bank accounts are guaranteed by deposit insurance of Rs 100000 only. This figure was enhanced from Rs 1500 in 1993. So, effectively, the Congress and its Leftist allies had allowed people comfort only till that amount. But even this guarantee was never invoked as the practice in India is to merge failing banks with other banks to protect customer interest. No bank has ever been allowed to go under and no depositor has lost his money till date. Instead, depositors have lost huge amounts of money in schemes floated by dubious chit funds that had political backing or at least who managed to run their operations by paying off influential politicians across the political spectrum.

The purpose of the FRDI is to streamline financial resolution and allow banks to recover their money. This bill, along with the Bankruptcy Act, will introduce a semblance of responsibility and accountability in the Indian financial system, something that has not been achieved in the long periods of Congress rule, not even during the reforms in the 1990s. Maybe it was not done on purpose as the Congress and its Leftist allies were always looking for ways to siphon out funds from the system and anything that introduced accountability would have thrown a spanner in the works!

So, instead of raising false alarms, critics would do well to first understand the provisions. In any case, the draft bill is going to be vetted by a parliamentary sub-committee that is made up of MPs from most parties who understand, or have people who can explain the intricacies to them, financial terms and the implication of bail-in. If it is against the interests of the people, one is sure the committee is going to suggest amendments. Rumour mongering, of the kind being indulged in against the FRDI, is not good for the country.