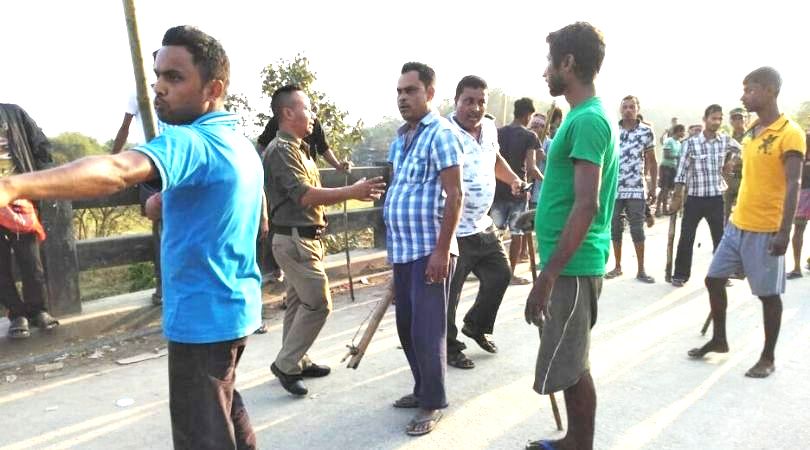 Battlelines Drawn In Meghalaya As Tribals Fear 'Invasion' By 'Outsiders'

Battlelines Drawn In Meghalaya As Tribals Fear 'Invasion' By 'Outsiders'

The first incident took place in the Ichamati area of Shella district in East Khasi Hills. It was reported that after a meeting held by the activists of Khasi Students Union (KSU) to create awareness about the alleged ill-effects of the CAA, a clash broke out between the KSU workers and the non-indigenous people of the area. Later, it blew up into a full-scale war and a few stalls at the Ichamati market were burnt down. At the end of it all, one person was dead and several injured.

The government acted with alacrity and imposed curfew in the Sohra sub-division and the capital city of Shillong. Mobile internet was also suspended for 48 hours. But the clashes spread to other areas as the respective fears of the warring groups came to fore. The tribals are agitated that the rights granted to them under the constitution will be nullified once the CAA comes into force. The government has not been able to convince them that the act will not apply in the state.

But the violence spread to other areas and at least four people were killed. The Shillong Times had appealed that the incident in Ichamati should not give "rise to a cycle of hate and vengeance" but that is exactly what happened. Although the police arrested those involved in the initial flare-up in Ichamati, it took five days to bring the situation under control. It is alleged that the control over the limestone business and cattle smuggling in the border area of Ichamati also played a role in the clashes.

The KSU also wants the introduction of the ILP which is a kind of visa that all Indians not permanent residents of the state will have to apply for and acquire before visiting the state. The ILP is used in the north-east to restrict outsiders from visiting certain tribal areas without permission. But now the KSU, worried about the influx of outsiders who are settling in Meghalaya, wants it to be applied across the entire state.

The Centre and the state governments must intervene forcefully by first explaining the provisions of the CAA to the powerful hill councils in the state and then allay their fears about being swamped by 'outsiders'. If this is not done, the uneasy calm will need just a small spark to become a raging fire once again.