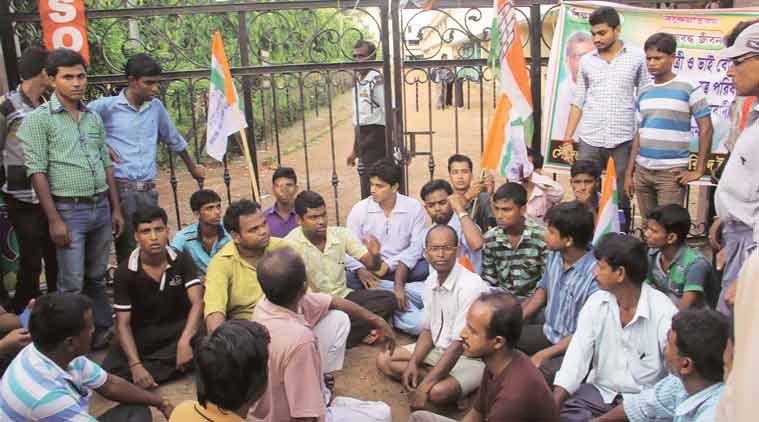 By our team of in-house writers. View all posts by this Author
Campus violence is rearing its ugly head with increasing frequency in West Bengal. A student was thrashed in Sabang for not joining a TMC procession a few days ago. Then on 9th Aug, professional gunmen, allegedly hired by the ruling party, opened fire inside the Raiganj University College. Clashes ensued and seven people, including Nabendu Ghosh, the district president of Chhatra Parishad.

Seizing upon this, the opposition Congress and the Left have lined up a host of political initiatives to corner the TMC. The Congress has first called a 12-hour statewide bandh on Aug 20. It was unilaterally called by Pradesh Congress president Adhir Choudhary, ignoring the fact that the day was Rajiv GandhiÃ¢â¬â ¢s death anniversary and observed as Sadbhavna Diwas by the party. That only underscored the disunity and confusion in state Congress ranks. The bandh has been advanced by 2 days and will now be held on Aug 18.The Congress is also in consultations with lawyers to file a PIL for the Sabang incident.

The CPI (M), on the other hand, has lined up several protest rallies in the state on the 17th and 19th of August, with a final rally on the 27th of August in front of Nabanna, the state administrative headquarters in the township of Howrah, adjoining Kolkata.

Having been outsmarted on campuses, the opposition is left with no alternative but to hold protest rallies and bandhs. It has become a tradition in West Bengal that whoever rules the state tries to capture all campuses. The Left did it for 37 years during their tenure. The TMC is paying them back in the same coin.

But education suffers due to this. Already, the state has seen brain drain as hordes of students have left the state to pursue higher education in other states. Only those who cannot afford to go out or do not get admissions elsewhere remain in West Bengal. This is a sorry state of affairs. The TMC should give a thought to this. It should shore up academics to stop this.