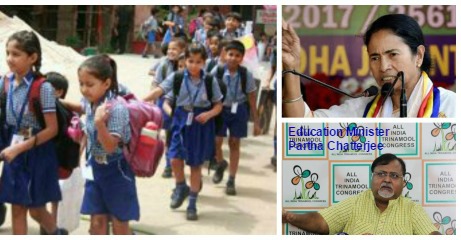 Bengali Compulsory: Why in Classes IX & X, If At All?

Bengali Compulsory: Why in Classes IX & X, If At All?

Editor-in-Chief of indiacommentary.com. Current Affairs analyst and political commentator. Writes for a number of publications. View all posts by this Author
The West Bengal government, led by Mamata Banerjees Trinamool Congress, is moving to make the Bengali language compulsory in all standards from I to X. It is going to follow the three language formula that is being followed by some other states like Punjab and Karnataka. Under this, the students will have to learn three languages out of which Bengali will be compulsory. The student will be free to decide which language will be his or her first, second and third language. While this can be seen as a populist move akin to language terrorism, there are both pros and cons for the move although admittedly the cons outweigh the pros.

Till now, a third language of choice is taught in Bengal from classes V to VIII. There is a wide choice available for the students. The language is not taught in IX and X for the simple reason that no board tests students for a third language. Hence, is it wise to burden students with a third language in the years they will be preparing for their board and other competitive examinations? If at all Bengali is to be made compulsory, it must be made so in classes V to VIII. One feels that a working knowledge of reading, writing and understanding the language for children whose mother tongue is not Bengali and who are residents of the state can easily be gathered in four years.

Secondly, there is the matter of choice. Forcing a student to study a language in which he or she is not interested is a sure fire way of putting him off the language. Instead of learning becoming fun, it will become a chore with the attendant resentment. The government might argue that those residing in Bengal must have a working knowledge about the language of the state. But what about those who migrate to the state in, say, class VII? Or those children whose parents have transferable jobs and are likely to stay in Bengal for two or three years? Will it not be an unnecessary burden on them?

Further, already the Gorkha Janmukti Morcha (GJM) has said that the government should not force hill students to learn Bengali. Minority schools feel that the order would be a violation of their rights. Hence, instead of rushing into making a rule that would aggrieve many, the government should consult experts and take an informed decision. For, much more is involved in this than just politics.