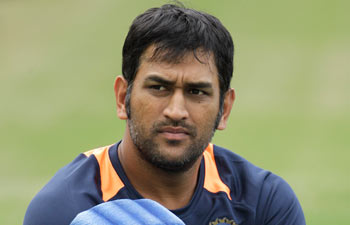 Editor-in-Chief of indiacommentary.com. Current Affairs analyst and political commentator. Writes for a number of publications. View all posts by this Author
Mahendra Singh Dhoni is a name that draws respect all over the world for his cricketing acumen and coolness. He has captained the Indian cricket team in all forms of the game for 6 long years with varying degrees of success. During his stint as skipper, India was the number one team in Tests for 20 months from December 2009 0nwards. He even has World CupÃÂ¢Ã¢âÂ¬Ã¢"Â¢s in ODIs and T20s to show for it. And when it came to the crunch, Captain Cool again demonstrated the timing which made his helicopter shot a treat to watch ÃÂ¢Ã¢âÂ¬Ã¢â¬Å he retired from Test cricket while still on the top of his game. He retired at a time when people are asking why and not when.

To be fair, with columnists all over the world writing in a veiled manner that the Indian Test team needed new direction, and that Virat Kohli was more than ready to take over, Dhoni knew his era was coming to an end. Kohli helped his cause by being in pristine form in Australia. But with Dhoni stepping down and Virat showing a knack for taking things head on, Indian cricket is going to leave its ÃÂ¢Ã¢âÂ¬ÃÅcoolÃÂ¢Ã¢âÂ¬Ã¢"Â¢ days behind and become a lot more aggressive. While aggression in itself is not bad as long as it pushes the team and its leader to newer heights through rushes of adrenalin, it becomes counter-productive when the team gets needled unnecessarily by opponents. DhoniÃÂ¢Ã¢âÂ¬Ã¢"Â¢s team never lost its composure because it displayed aggression only in its game and not by action or words. But times change and a judgment can only be passed in due course.

What Dhoni did with his team is well chronicled. The best part was that he chose his players carefully and then backed them to the hilt. Suresh Raina and R Ashwin are two prime examples. Through his tenure, India struggled to find bowlers who could bowl out the opposition twice in Tests, especially abroad. Still, he marshaled his resources to the optimum and brought many glories for the country. As batsman and wicketkeeper, Dhoni has a record that can be the envy of most. Flamboyant in a subdued way (if that is possible), Dhoni always displayed a flair to perform his best in crunch matches or finals of big tournaments. India is going to miss him in Tests.

Rumours are floating that differences in the dressing room forced Dhoni to quit Test cricket altogether. But if that is true, why has he quit only the Test team? For, if he remains as captain for the other two formats with a team that is more or less the same, the differences will arise again. I am not convinced about this story. Earlier too, question marks were raised when it was known that Dhoni had accepted the vice presidency of India Cements, the firm of N Srinivasan, the erstwhile BCCI president. Some even said that DhoniÃÂ¢Ã¢âÂ¬Ã¢"Â¢s name figured in the list of players given to the Supreme Court by the Mudgal Committee probing the IPL betting scam. His role in giving a clean chit to SrinivasanÃÂ¢Ã¢âÂ¬Ã¢"Â¢s son-in-law was also questioned. Nothing was proved apart from the India Cement post, which was a bad misjudgment on DhoniÃÂ¢Ã¢âÂ¬Ã¢"Â¢s part. But the fact remains that when he played for the country, Dhoni wore his heart on his sleeve and never let the country down. Such captains are hard to find.