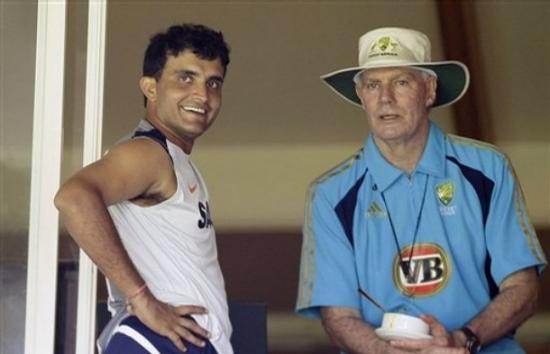 Editor-in-Chief of indiacommentary.com. Current Affairs analyst and political commentator. Writes for a number of publications. View all posts by this Author
The Greg Chappell saga has taken a new turn. Present BCCI joint secretary, Amitabh Choudhary, who was the manager on the tour of Zimbabwe in 2005 when the first spat between Chappell and India skipper Saurav Ganguly was reported in the press, has confirmed that the coach wanted to drop the skipper. He had commissioned Rahul Dravid, who was the vice caption to do the hatchet job. According to Choudhary, Dravid flatly refused and told Chappell that it was beyond his jurisdiction.

It is certain that Chappell will deny this charge. He has in the past denied charges leveled by Sachin Tendulkar in his soon to be released autobiography, Playing It My Way. Tendulkar has said that Chappell visited him at home and talked about him replacing Dravid as captain ahead of the 2007 World Cup. Chappell has denied this, even denying that he visited the Tendulkar residence in the claimed period. Tendulkar has further written that Chappell acted as a Ã¢â¬Åringmaster who imposed his ideas on the players without showing any signs of being concerned about whether they felt comfortable or not.Ã¢â¬Â

Greg Chappell as India coach had a certain vision to transform Indian cricket that did not include the senior players. As it transpires, he had made good a good study of the behavior patterns of past Indian cricket teams where bloated personal egos of senior players had often caused rifts in the team. He wanted to put this to good use to become the master of the team. Alas, he had not bargained for changed mindsets in the dressing room, brought about largely by Saurav Ganguly and backed by the solidity and class of Sachin Tendulkar and Rahul Dravid.

These senior players were aware of their abilities and class and did not need a foreign coach Ã¢â¬" however celebrated Ã¢â¬" to tell them that. They were a product of a changing India and were not into back-biting and finger pointing. They were used to accepting failures. They were also used to giving credit where it was due and they recognized that in Ganguly, they had a skipper who, despite his recent poor form, was leading the side with efficiency. The team also had young players like Harbhajan Singh who swore by the skipper. Hence, ChappellÃ¢â¬â ¢s machinations did not go down well with the players.

Greg Chappell may continue to deny whatever charges are leveled at him but one thing is certain Ã¢â¬" his coaching stint took Indian cricket backwards. No new techniques were introduced, no current best practices in coaching were applied and players were forced to follow the untried, untested and dubious Chappell school of thought. He spent most of his time in team politics, never giving a thought to improving skills and nurturing talent. On the latter front, his one main idea flopped badly. A budding new ball bowler in Irfan Pathan, who could bat a bit, was forced to turn into a batting all-rounder Ã¢â¬" he ended up losing his bowling penetration also. Most in the team were relieved when Chappell was removed in 2007.