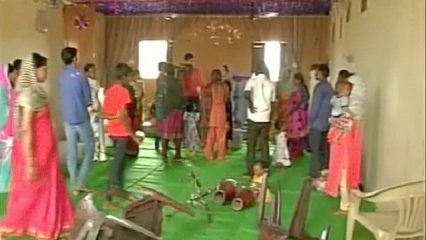 Chhattisgarh Church Attack: Lord Ram Would Not Have Approved

Chhattisgarh Church Attack: Lord Ram Would Not Have Approved

Editor-in-Chief of indiacommentary.com. Current Affairs analyst and political commentator. Writes for a number of publications. View all posts by this Author
Chhattisgarh was in news recently for both bad and good reasons. The bad reason was that a few motorcycle borne miscreants raided a local church in Kachna village on the outskirts of Raipur, the capital of the state. Prayers were underway and the men, shouting Jai Shri Ram, vandalized the church and set about beating men and women. The good reason was that police acted with great alacrity and the chief minister Raman Singh spoke of taking immediate and stern action against the culprits.

One can wonder what is so extraordinary about the second part. The administration is there to prevent such crimes and to take action against the perpetrators. But for the last few months, practically no action was being taken against people indulging in making hate speeches or vandalizing property and maiming people. Lord Ram took up arms to destroy evil and protect the holy men. Here his followers are destroying temples (that they are of another religion doesnât mean they are evil) and hurting holy men or women (again, the religion does not matter). Lord Ram would have never approved.

Sabka saath, sabka vikas can only happen if all communities are allowed to live peacefully. If people are attacked just because they belong to another religion, the idea of India as a diverse nation will be threatened. Apart from our constitution, our culture also does not allow us to knife a person who is different from us. If we keep doing this, we will have civil war as everyone will find someone different from him or his community just 100 kilometres away in this huge and beautiful country of ours.

Chhattisgarh police and its chief minister have shown the way. Taking prompt action is commendable but even more commendable is promptly announcing the intention to do so. For those who indulge in such hate mongering survive because they are confident that there would be delayed reaction from the administration. The Centre has asked for a report and minister of state for home affairs, Kiren Rijiju has said the guilty will not be spared. The police and the chief minister must now act on their word and apprehend the culprits and ensure exemplary punishment for them.