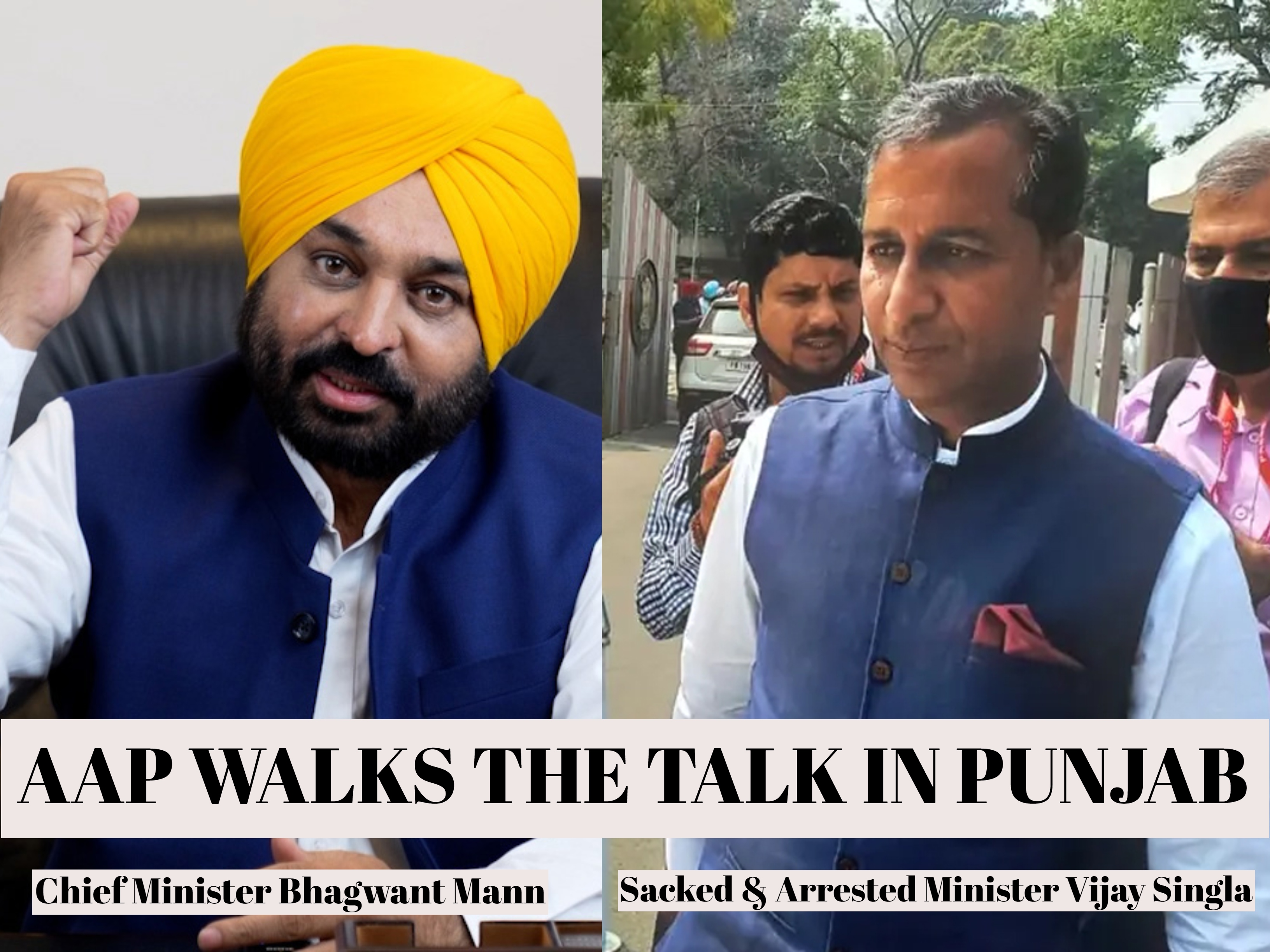 The Aam Aadmi Party (AAP) government in Punjab has walked the talk. In a laudable move, chief minister Bhagwant Mann dismissed health minister Vijay Singla after receiving "solid evidence" of corruption against him. Singla was later arrested by the state Anti-Corruption Bureau as the chief minister had recommended filing a corruption case against him.

It has been reported that the Punjab government was provided evidence that Singla was demanded one percent cut for granting tenders in his department. The chief minister acted against him and said that â"even one percent corruption will not be tolerated". The decision just two months after assuming office shows that the government has kept watch from top down since the day it took over.

Mann has acted in a manner similar to his party chief and Delhi chief minister Arvind Kejriwal who had dismissed food and environment minister Asim Ahmed Khan in 2015 in Delhi on charges of corruption. The AAP party has always adopted a high moral ground on corruption and had even used it as a major plank to contest the Punjab elections. With his action, Mann has proved that the party will not shirk from taking action against its own leaders even if they are ministers.

This one act of the chief minister, a rare instance of a chief minister acting against his cabinet colleague, is going to shake up the political, bureaucratic and police set up in the state as well as make government contractors responsible. Corruption is endemic in Punjab, as it is in most states in India. But it hurts Punjab more as the state is in a precarious financial position. If the arrest of Singla acts to smash the politician-bureaucrat-government contractor nexus, it will also ensure that the leakage in revenue is stopped and Punjab becomes better off in the coming days.