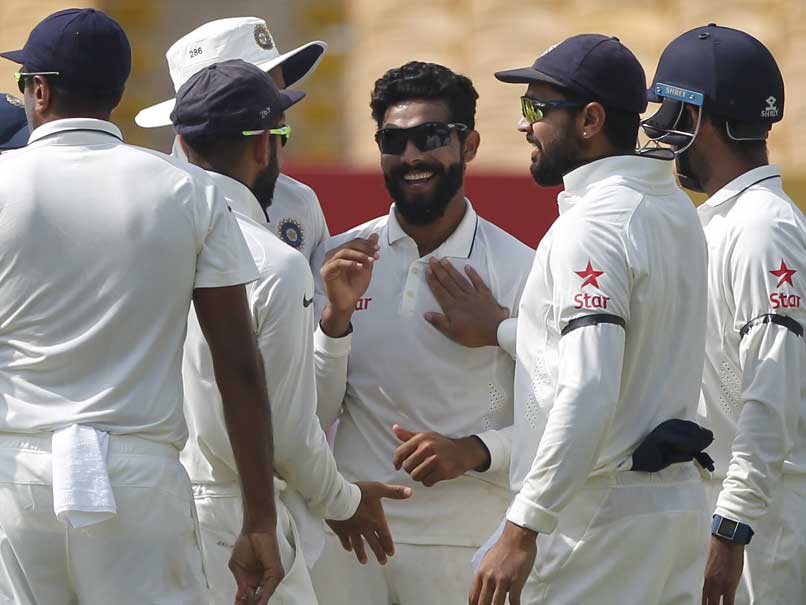 Editor-in-Chief of indiacommentary.com. Current Affairs analyst and political commentator. Writes for a number of publications. View all posts by this Author
image courtesy: BCCI

The last Test in Chennai was the icing on the cake in a series that proved how this Indian team, despite injuries to key players and chopping and changing due to loss of form of some, was at the top of its game throughout. A 4-0 washout of England is to be savoured anytime, more so when they had beaten us in India in 2012 and had handed us a comprehensive series defeat in England in 2014. This Indian team has many players who put up their hands to be counted when established players have an off day. Take the Chennai Test for example. Lokesh Rahul and triple-centurian Karun Nair ensured India posted its highest Test score after Virat Kohli, Cheteshwar Pujara and Murali Vijay failed. Similarly, on the fifth day when England were moving steadily and Ashwin was strangely not in his elements, Ravindra Jadeja produced his deadliest spell till date to return figures of 7 for 48 to win it for India. With this, India extended its run of winning matches to 18. Moreover, India ended 2016 as the only undefeated Test team and topped the ICC list.

It is now clear that the Kumble-Kohli partnership is doing wonders for this Indian team. It also shows that India has the bench strength to absorb player exits through injuries. Top choice wicketkeeper Wriddhiman Saha got injured but his replacement Parthiv Patel quickly filled in extremely competently. Now Saha will have to fight for his place. Similarly, when Shikhar Dhawan was ruled out, Lokesh Rahul cemented his place in the team with solid performances. An off colour Ajinkye Rahane made way for Karun Nair and look at how he grabbed the opportunity with both hands. But the series belonged to Virat Kohli and Ravichandran Ashwin, without whose respective efforts with bat and ball and Kohlis aggressive captaincy it would have been extremely difficult to achieve the results. Karun Nairs triple century was a stern reminder to the rest of the world about the emerging firepower in India. It was the manner in which Nair scored the runs that took ones breath away. He is the one to watch.

For those who are discounting the series win since it was achieved at home, it needs to be reminded that if you apply the same rule, doesnt England also win at home more often? Home advantage is an accepted part of the game and teams that do not use it to full advantage to improve their rankings are not up to the mark. If India is expected to win abroad, so should visiting teams be expected to win in India. One sided criticism that India doesnt win abroad is stupid. India now has quality pacers in Ishant Sharam, Umesh Yadav, Mohammed Shami and emerging youngsters like Shardul Tahur and Nathu Singh among others who are expected to perform well abroad. But now there is more action at home when the Australians will visit after the Englishmen finish their tour after the ODIs and T20s after Christmas and New Year. In between, there is the one-off Test with Bangladesh. One is sure this Indian team would do extremely well in its next away series.