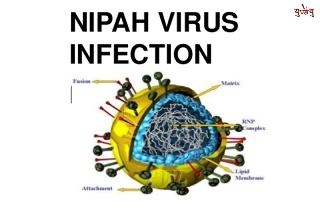 Deadly Nipah Virus Strikes In Kerala: How To Be Safe?

Deadly Nipah Virus Strikes In Kerala: How To Be Safe?

By our team of in-house writers. View all posts by this Author
The Nipah (NiV) virus has struck in Kerala and killed 10 people already, with many more suspected to be affected. A nurse has also died in caring for an affected person after she caught the virus from the patient. Dead bats in a familys well in a Kozhikode village seem to be the source of the outbreak.

What exactly is NiV and how does it affect humans? NiV is an air-borne virus that is primarily found in infected pigs and bats and WHO identifies it as primarily being carried by fruit bats of the Pteropodidae family. It inflames the brain and causes severe headaches and fever in humans and there is no vaccine for the virus as of now. The affected person might experience disorientation and persistent drowsiness, along with neurological, respiratory and pulmonary issues. The affected person can even go into coma in 24-48 hours if the condition is severe. He or she has to be treated through intensive support care.

As the virus is new, detection is also an issue. If symptoms persist for a day, tests for NiV must be done without losing time but from properly recognized facility as most ordinary centres do not have the expertise to detect NiV. Since the virus can affect through contamination, it is advisable not to come in contact with affected persons. In Kerala, more than 94 have been quarantined in their homes and nine are under surveillance in hospitals. The government is actively taking all steps to prevent an outbreak and has asked people not to panic.